The results of the 2016 Eurobarometer survey on “Media pluralism and independence” published on 17 November shows that 75% of EU citizens have already experienced hate speech on social media.

Here are the key findings: 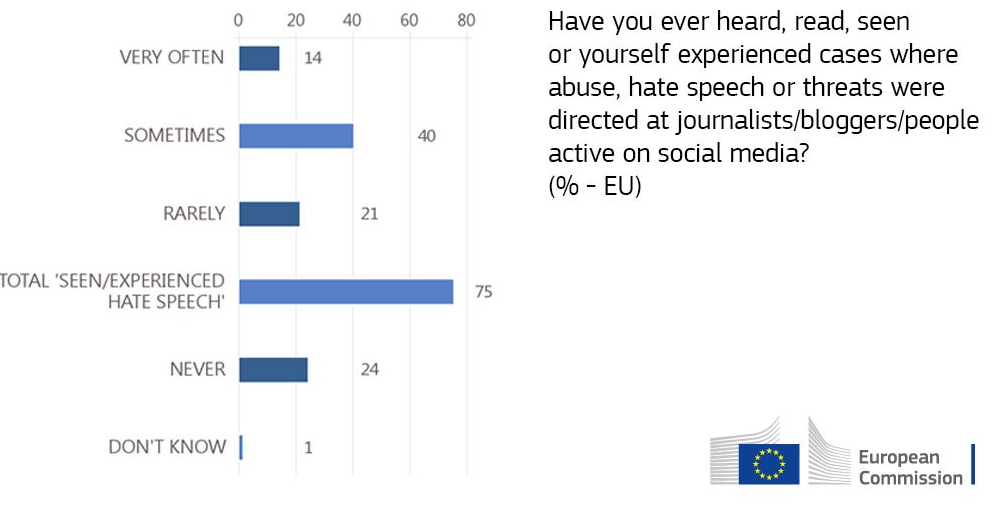