EFJ-IFJ alarmed by the creation of “Orwellian” information ministry 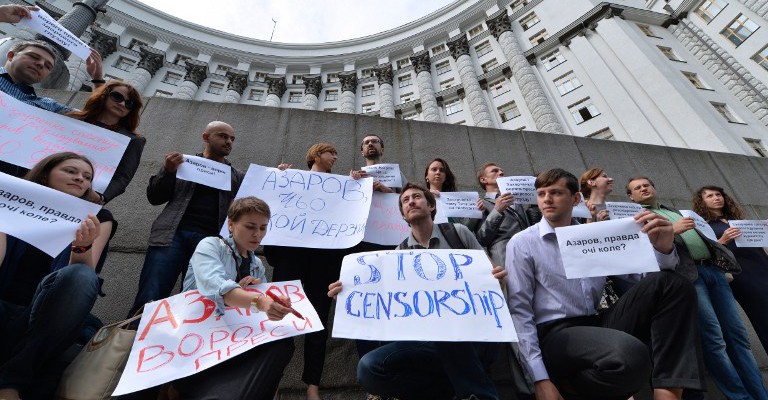 According to media reports, the Ukrainian Parliament on Tuesday 2 December has passed a proposal to create a new body called the Ministry of Information Policy with the aim of “confronting Russia’s formidable propaganda machine”.

The government has appointed Mr. Yuriy Stets, a close ally to President Petro Poroshenko and the head of the Information Security Department of the National Guard of Ukraine, to lead the ministry.

The EFJ and IFJ have criticised the decision to create the new body, warning that it will further stifle media freedom in the country.

The federations have called on the Ukrainian government to respect media freedom and the rights of journalists by revoking its decision to create the new ministry. “No further action should be taken without full consultation of the Ukraine media community and journalists unions,” said IFJ/EFJ.

“Do not fight propaganda with propaganda,” the IFJ/EFJ warned.

#Ukraine initiative to create a ministry of information a clear threat to #mediafreedom, this is not the way to counter #propaganda /RDM

Photo credit : Ukrainian journalist hold placards reading “No censorship”, front of the Cabinet of the Ministers in Kiev on May 23, 2013. (AFP PHOTO/ SERGEI SUPINSKY) .