Russia: the IFJ and the EFJ call for the release of Sergei Reznik 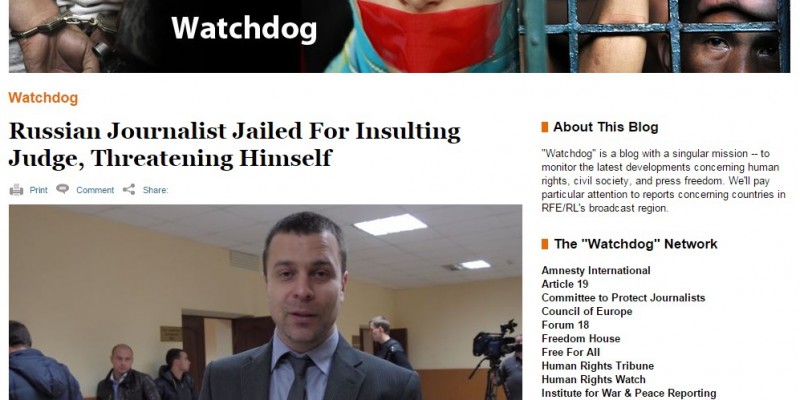 “While the Russian Minister of Foreign Affairs was in Paris on January 11 to support freedom of expression, after the attack on Charlie Hebdo, we note once again that many journalists cannot exercise their duty to inform in Russia. We fully support our colleague and the RUJ, our Russian affiliate”, said Jim Boumelha, president of the IFJ.

Reznik was found guilty, yesterday, of false accusation and insulting public officials (the police and the local deputy prosecutor). He was also banned for working as journalist for a year after having served his sentence.

Sergei Reznik is well known for his journalistic investigations about the activities of the Rostov Governor Vasily Golubev and local law enforcement agencies.

On November 26, 2013, during a first trial, Sergei Reznic was sentenced to 18 months of prison colony by Pervomayskiy district court of Rostov-on-Don after being charged with using the online blog LiveJournal to “publically insult” the chairwoman and judge of the Rostov Oblast Arbitration Court.

“The RUJ  is following Reznik case for a long time. He was threatened and beaten several times because of his critical reports. The RUJ and the EFJ asked authorities to investigate his beatings. His last conviction could be used to censor other journalists. It is clearly a new form of pressure on independent journalists. The issue is very important for the Russian blogosphere: dozens of Russian journalists publish their investigations on blogs, to avoid censorship in the mainstream press”, said Nadezda Azhgikhina (RUJ), the vice-president of the European Federation of Journalists.

The IFJ, the EFJ and the RUJ strongly denounce the conviction of Sergei Reznik.