Press freedom in Slovenia embarking in a new era 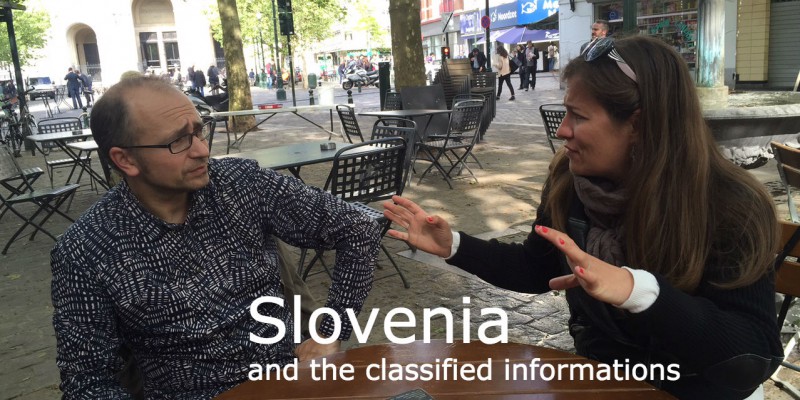 
Regarding press freedom “we are certainly embarking in a new era in Slovenia. When the criminal police was asking me questions back in 2013, my case was the first where the Slovenian State decided to prosecute a journalist for publishing allegedly classified information. Today, there are three more cases in pre-trial procedures where four colleagues are now facing similar charges referring to the articles in the criminal code which prohibits the publication of classified information”, explains Anuška Delić (investigative & data journalist at the daily Delo) in an exclusive interview in Brussels with Ricardo Gutiérrez (EFJ General Secretary).

In 2011, Anuška Delić wrote a series of articles for the newspaper Delo uncovering connections between the Slovenian neo-Nazi group Blood and Honour and members of the Slovenian Democratic Party (SDS). The Slovenian Intelligence and Security Agency (SOVA) claimed that the information Anuška Delić used had been illegally acquired from its files, hence she was prosecuted for publishing classified information.

The EFJ and its affliates have supported her and issued a number of calls asking the Slovenian authorities to drop charges against the journalist. On March 30, the IFJ and the EFJ submitted her case to the Council of Europe platform to promote the protection of journalism.

Mid-April 2015, all charges have been dropped and the journalist was totally acquitted but, strangely, the state prosecutor maintained that Delić was “guilty” even if she couldn’t prove it. This statement has been felt as “further damaging” the journalist’s reputation and distilled feared among other journalists.

After the Anuška Delić case and its submission to the Council of Europe, the Slovenian authorities are working on new legislative proposals to amend the criminal code in order to allow the publication of classified information when the public interest is involved and the information is not harming the state. Those reforms “will be a victory for our profession if and when the legislators will vote them”, said the investigative journalist.