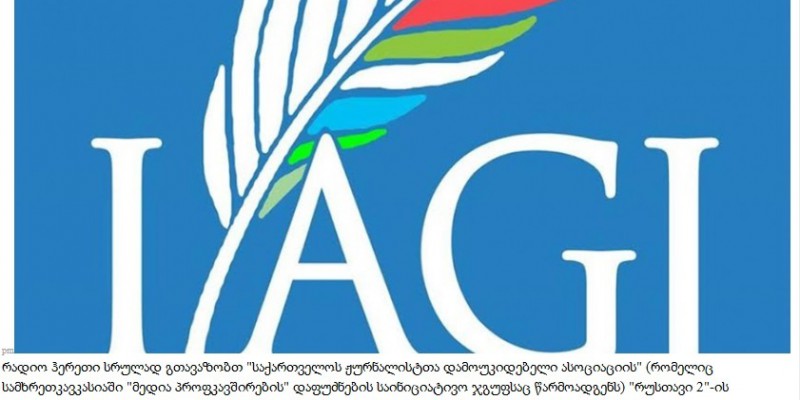 
Update (06.11.2015). The EFJ has joined today its Georgian affiliate, IAGJ, to express concerns related to the appointment of a new pro-government management to the Rustavi 2 TV company in Georgia, following a judiciary decision. We ask the Tbilisi City Court not to interfere on Rustavi 2’s editorial independence.

The European Federation of Journalists (EFJ) together with its Georgian affiliate, the Independent Association of Georgian Journalists (IAGJ), criticised today the lawsuit launched against the Georgian television channel Rustavi 2 as a threat to media freedom and pluralism in the country.

On August 5, the Tbilisi City Court issued a court order freezing the assets of Rustavi 2 as an interim measure before a verdict to decide whether the ownership of the channel. The court order followed the filing of a civil lawsuit by a local businessman, Mr Kibar Khalvashi, who claims that he owns part of the channel but he was forced to give up his shares in 2006.

According to IAGJ, the court measures could pose serious threats to media freedom and  pluralism. The IAGJ said, “The main opposition TV channel is now facing excessive legal threats. Over a hundred journalists may lose their jobs and news programmes may be suspended. The ownership dispute should not affect the work of journalists. It is important to ensure a free and safe environment for reporters, editorial staff and the company management. Rustavi 2 plays an important role by balancing the Georgian media landscape which is still dominated by politically affiliated groups.”

The EFJ and IAGJ call on Georgian authorities to ensure that Rustavi 2 can operate freely and independently, in order to maintain a decent level of media pluralism in the country.