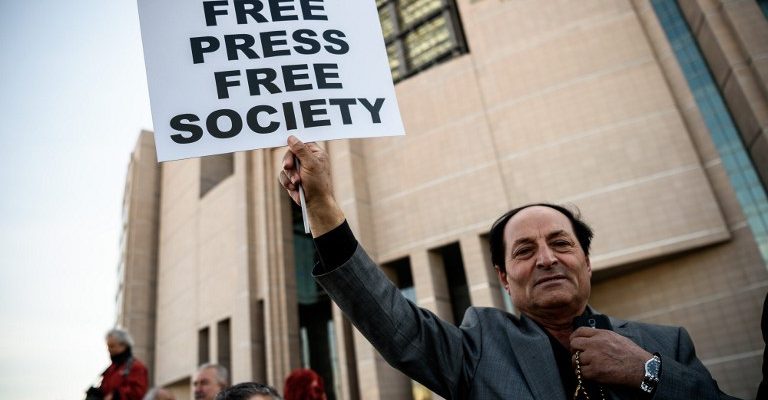 
The Council of Europe today adopted a set of guidelines aimed to ensure the protection of journalism and the safety of journalists in its 47 member states.

In a Recommendation supported by the European Federation of Journalists (EFJ), the Committee of Ministers – the organisation´s decision-making body – encouraged states to review their national legislation and practice concerning media freedom to make sure they are in conformity with the European Convention of Human Rights.

Secretary General Thorbjørn Jagland said: ”Journalists and free media play an essential role in any functioning democracy. They must be allowed to scrutinise those in power and expose corruption. It is our duty to defend freedom of expression and to protect journalists.”

The guidelines contain specific measures to be taken by states to prevent violations of media freedom – including physical violence against journalists – to effectively protect journalism and journalists, and to prosecute crimes committed against them. It also offers guidance to states on how to fulfill their obligations, combining legal, administrative and practical measures.

As a preventive measure, the Committee of Ministers recommends that states put in place a comprehensive legislative framework establishing robust and effective safeguards for the exercise of freedom of expression and to guarantee that journalists can do their work without fear. It also provides advice on how to ensure that defamation legislation does not have a chilling effect on freedom of expression.

To protect journalists, the recommendation stresses that whenever there is a threat to journalists, states should adopt preventive measures, such as police protection or voluntary evacuation to a safe place. They should encourage the creation or create themselves hotlines or emergency contact points that journalists and other media actors under threat can have immediate access.

The recommendation contains a list of requirements for investigations into killings or attacks against journalists in order to avoid impunity of those crimes, including that they be carried out thoroughly, promptly, and under public scrutiny. This kind of investigations should be carried out by specialised staff with adequate training in human rights.

In addition, states should put in place effective remedies to victims and their families, including legal remedies, financial compensation, medical and psychological treatment, relocation and shelter.

To counter impunity, the Committee stresses that the law should provide for aggravated penalties applicable to public officials who act in a way that prevents or obstructs investigations. It also invites states to consider establishing special judicial or non-judicial enquiries into specific cases, or independent specialised bodies to conduct such inquiries on an ongoing basis.