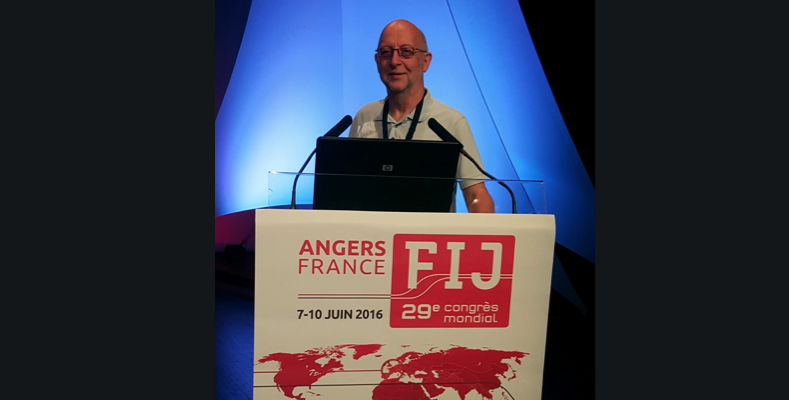 
Delegates of the International Federation of Journalists (IFJ) meeting at the 29th World Congress in Angers elected Philippe Leruth, member of the Belgian Association Générale des Journalistes Professionnels de Belgique (AGJPB) as president of their organization on 9 June 2016.

Journalist at the daily L’Avenir, Philippe Leruth was vice-president of the European Federation of Journalists (EFJ), the European organisation of the IFJ, from 2004 to 2013, and AGJPB president from 1995 to 2005. He is taking over from departing British President, Jim Boumelha, who headed the IFJ from 2007 to 2016.

Congratulations Philippe Leruth @phillochar the new President of International Federation of Journalists. Unity is his aim, it's much needed

The IFJ Congress is organized from 7 to 10 June at the Center of Congress in the French city of Angers. It has enabled delegates to discuss a variety of topics including youth in the media and in the unions, journalists’ safety across the world, changes affecting the profession, repressive laws adopted throughout the world and unions’ role in the fight for press freedom.