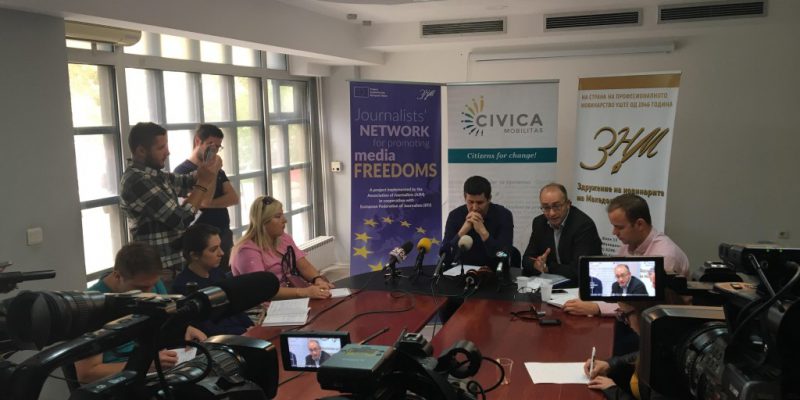 
The European Federation of Journalists (EFJ) has called today in Skopje for the immediate release of detained Macedonian freelance journalist Zoran Bozinovski.

Zoran Bozinovski has been spending five months in detention in Skopje, after his extradiction from Serbia where he had spent another 18 months detained. The prosecutor’s office in Skopje needed four months to deliver the formal indictment for alleged espionnage, blackmail and criminal association.

The EFJ member organisations in the country, the Association of Journalists of Macedonia (AJM) and the Trade Union of Macedonian Journalists and Media Workers (SSNM), consider that the case against Bozinovski is not based on material evidence and is politically construed by the Macedonian Government with the intention to silence a journalist who covered many corruption cases in which public officials were involved.

Naser Selmani, President of AJM, called on today the criminal court to abolish Bozinovski’s detention and to drop charges against him.

“We fully support AJM and SSNM,” said today in Skopje the General Secretary of the EFJ, Ricardo Gutiérrez. “Zoran Bozinovski is on day 9 of hunger strike. His life is in danger. We sent an official request to the court to allow us to visit him in prison, but the court decided to ignore our demand.”

The EFJ and IFJ have submitted today an alert regarding this case on the Council of Europe of the Platform for the Protection of Journalism.

Press conference now: Macedonian journalist Zoran Bozinovski is on Day 9 of Hunger Strike. His Life is in Danger pic.twitter.com/R5YEYaomgx