Stop impunity, nobody should be free to kill journalists 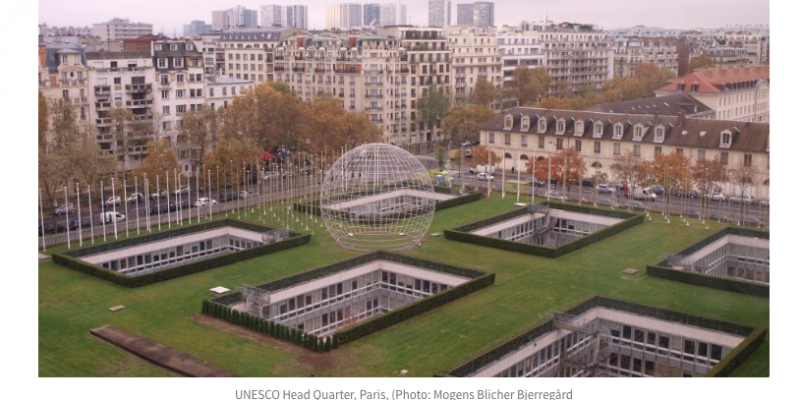 827 journalists were killed during the last decade and paid the ultimate price for exercising their job. An appalling and worrying fact documented by the biannual report from the Director General at UNESCO. The safety of journalists and fighting impunity was on top of the agenda during the UNESCO IPDC Council meeting, 17th-18th November 2016 in Paris. IPDC is an UNESCO program for safety of journalists, press freedom and media development. As the representative of Denmark, I delivered the following speech:

Eight hundred and twenty seven, 827 journalists, have been killed since 2006. This is not just an appalling figure. Behind every single killing, you will find a story of a journalist, who has done his or her job for the benefit of our democracy.

Earlier this year in France, I took part in a silent march in memory of killed journalists. I shall never forget the expression on the faces of the African journalists walking with a photo of one of their colleagues from Somalia killed only a few days before the march. I had met two of the 827 only a few months before they were brutally killed. When you get to learn about these stories, you become conscious of the importance of giving high priority to the safety of media workers and the need to bring the perpetrators to justice.

Less than one out of ten killings are resolved

Denmark highly appreciates the report from the Director General. It is extremely important that we get such a comprehensive report on the development regarding the safety of journalists and the issue of impunity, where only 8 per cent of the killings have been resolved. One of the good news in the middle of this very concerning situation is that more countries now react to the Director General’s requests to inform about what is done when a journalists is killed. Denmark also welcomes that the report now includes information about torture of journalists, intimidation and harassment and in particular, how bad the situation in this regard is for women journalists.

The report provides detailed information about how difficult the situation is, and encourages us all to find mechanisms to deal with it. Unfortunately, the situation has not yet improved.

I would also like to stress that the UNESCO conference in February this year “News Organizations Standing Up for the Safety of Media Professionals”. By engaging media owners, it showed how important it is, that the media outlets assume their responsibility regarding not only media employees, but also freelancers and not least local journalists as these two groups often are in the most vulnerable situation and mostly without any protection.

Denmark wants to underline that the IPDC Bureau should bear this in mind when choosing and prioritizing projects in the field. This is also why Denmark recently took the initiative to economically support a project in Eastern Africa, where both journalists and judges are being sensitized to and trained on dealing with issues related to press freedom and the safety of journalists.

This project adjusted to Africa is a follow-up to a similar very successful project in South America where more than a 1000 judges have been informed and trained on how the judiciary system plays an important role in promoting and protecting freedom of expression.

Denmark also welcomes the initiative of the Friends of Safety of Journalists in UNESCO, where a group of Member States met this week to find new ways to fight against impunity and to protect media professionals.

UNESCO’s Director-General also in her report mentions the alert-platform developed by the Council of Europe in cooperation with eight NGO’s that sends out alerts on all sorts of violence against journalists. It is very welcome that the Council of Europe now, like UNESCO, holds Member States accountable for the safety of journalists in their countries.

We can hope than when recognized intergovernmental institutions such as UNESCO and the Council of Europe actively engage themselves in protecting press freedom and the safety of those who carry it out, then more of the crimes against journalists will be brought to court and more perpetrators convicted. Our goal for the coming years should be to increase the number of resolved cases significantly as a way to make it clear, that nobody can freely kill a journalist.