A Greek newspaper publisher and its director charged with libel 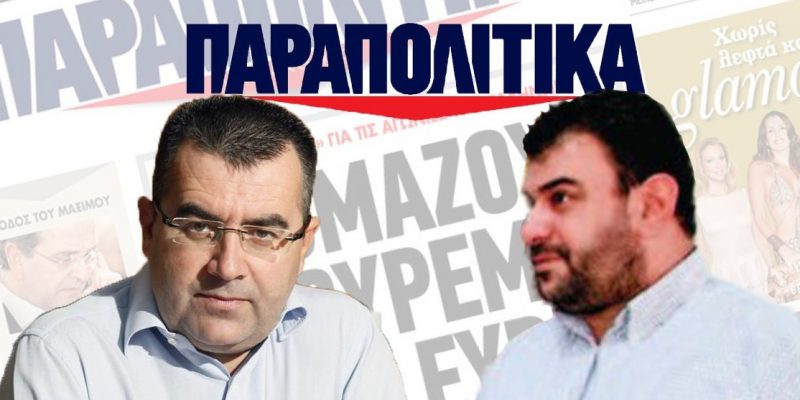 
On 10 January, Greek police arrested the publisher and the director of Parapolitika newspaper, Giannis Kourtakis and Panayiotis Tzenos, following a lawsuit filed against them for libel and attempted extortion by Greek defense minister Panos Kammenos. The EFJ and the IFJ condemned today the massive police raid at Parapolitika headquarters in Athens and the detention of both newspaper executives.

Publisher Giannis Kourtakis said he went voluntarily to the police headquarters after being informed about the lawsuit, while director Panagiotis Tzenos was arrested by police in his office, in Athens.

Panos Kammenos filed a lawsuit against Kourtakis and Tzenos for allegedly libel and attempted extortion through repeated attacks against him made by Parapolitika radio station in order for the minister to withdraw his accusations that Kourtakis and Tzenos received large sums of improper funding from a state health entity.

The Journalists’ Union of the Athens Daily Newspapers (JUADN), an IFJ and EFJ affiliate, condemned the heavy handed police action when ten officers raided the Parapolitika headquarters and the detained the director.

The IFJ and EFJ submitted an alert to the Council of Europe Platform for the Protection of Journalism. “In our views, it is a clear abuse of power by the minister, which seems to be common practice for him,” said the EFJ president Mogens Blicher Bjerregård. The powerful defence minister and leader of the right-wing Independent Greeks party ANEL filed in 2015 a €1 million libel suit against journalist and political cartoonist Andreas Petroulakis. The case will be examined by the court tomorrow.

The JUADN released a statement backing Petroulakis and called for reform of Greece’s civil defamation law to stop the “industry” of vexations libel claims against journalists.