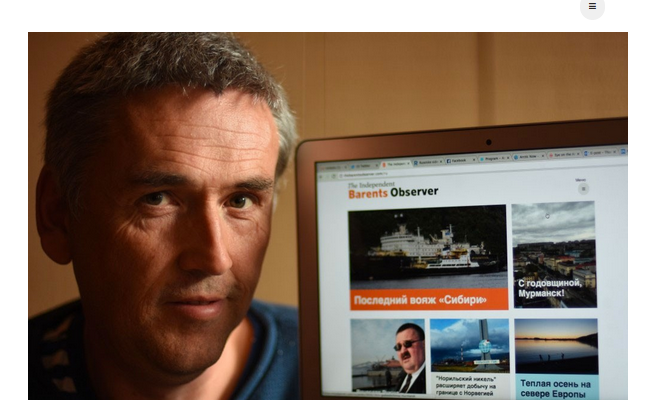 
Barents Observer Editor Thomas Nilsen was on business trip with a delegation from the Danish Parliament´s Committee of Foreign Affairs, on 8 March 2017, when he learned that he can’t enter Russia, despite having a valid visa. When Nilsen arrived in Borisoglebsk, the cross-border point between Russia and Norway, he was told by FSB border guards that he is not allowed to enter due to security reasons. Barents Observer quoted Nilsen describing the incident:

“I was told it was necessary to deny me access to Russia for the purpose of state security. The officers could not elaborate further and it was obvious the decision was taken somewhere else.”

Nilsen has been for a long time a supporter for increasing cross-border cooperation in the region. The Barents Observer is an independent newspaper that is focusing on the European and Russian Arctic news.

Russian Embassy in Norway commented on the situation on their official website. In the statement they explained that as a counter measure for sanction lists against Russia, the list of Norwegians that cannot enter Russia was developed. The list was sent to the Ministry of Foreign Affairs of Norway in November 2016 and the journalist’s name was on that list. The Norwegian Union of Journalists, backed by the European Federation of Journalists (EFJ), condemned these actions:

“The Norwegian Union of Journalists has sent a protest to the Russian ambassador in Oslo, emphasizing the importance of free access for all individual journalists. The European principle of freedom of speech and media freedom is under serious threat if we let governments decide who will be allowed to report from their country, based on how positive or negative the individual journalist has reported – which we suspect is what has happened in this case.”