New study shows that media are under-resourced when covering migration 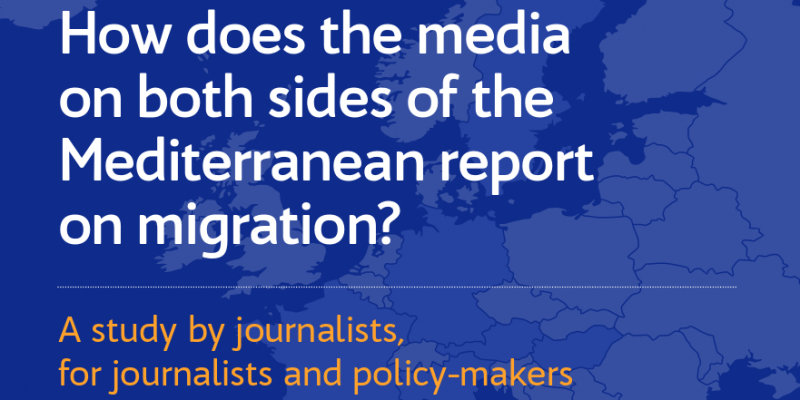 
Media in many countries in the Euro-Mediterranean region don’t have enough resources and are unable to provide time, money and appropriate level of expertise needed to tell the migration story in context. This is the main finding of a recent study “How does the media on both sides of the Mediterranean report on migration?”, conducted by the Ethical Journalism Network (EJN) and implemented by the International Centre for Migration Policy Development (ICMPD).

Journalists from 17 countries examined the quality of migration media coverage in 2015/2016 from a national perspective. The study covers nine European countries and eight countries in the south of the Mediterranean.

The 122 pages long study starts with the premise that media coverage is vital to shaping people’s opinions on migration and the difficulties of refugees and asylum seekers. It goes on identifying major challenges and shortcomings of migration reporting.

At the same time, the study highlights inspirational examples of journalism at its best – resourceful, painstaking, and marked by careful, sensitive and humanitarian reporting. It also provides a series of detailed recommendations, among which are the following:

The full study in English is available here.