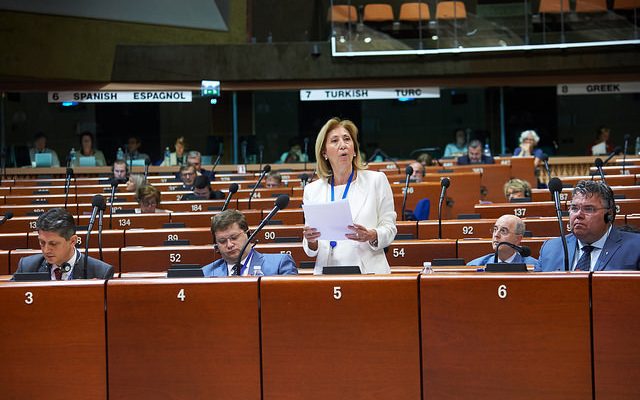 
In a resolution, followed by a recommendation adopted on 27 June 2017, the Council of Europe Parliamentary Assembly encourages the Member States to provide “adequate protection to whistleblowers” in order to better fight corruption.

The European Federation of Journalists (EFJ) welcomes this resolution which recognises investigative journalism as a “public asset” and push for more recognition and support to ensure the public’s widest possible access to information.

“We are glad to see that the EFJ views on the issue were heard. The voting result are impressive: it was almost unanimously voted as only one participant abstained and one voted against, both were from Azerbaijan, EFJ General Secretary Ricardo Gutiérrez added. It shows that there is a great and unprecedented momentum all over Europe. The European Union should now follow the same path.”

Concretely, the resolution – adopted on the basis of a report by Gülsün Bilgehan (Turkey, SOC) – calls on national parliaments to:

In the Recommendation 2106(2017)1 also adopted yesterday, the Assembly encourages in particular to assess the conformity of existing national legal provisions on the protection of whistleblowers with the Recommendation CM/Rec(2014)7.

For many months the EFJ has been lobbying to push the European Commission to initiate a directive which would guarantee a far-reaching protection for whistleblowers in the EU Member States. See here the EFJ position.