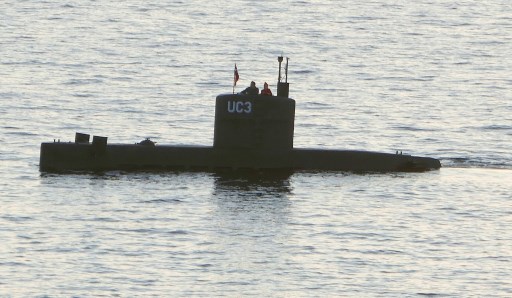 
Update 25.04.2018: The Danish inventor Peter Madsen was given life sentence without parole for premeditated murder and sexual assault of Swedish journalist Kim Wall on 25 April 2018 in Copenhagen. Judge Anette Burkø said:“The court has been unanimous in coming to this result. This is a cynical and pre-planned sexual assault of a particularly brutal nature on a random women who, in connection with her journalistic work, accepted an invitation for a sailing trip on the accused’s submarine.”

“It is with sadness and dismay that we received the confirmation of our colleague’s death. Our thoughts are with Kim Wall’s family,” said Jonas Nordling, president of the Swedish Union of Journalists (SUJ).

EFJ president Mogens Blicher Bjerregård also sent to the Swedish Union of Journalist and Kim Wall’s family his deepest sympathy after the confirmation this morning from the Danish police that the torso found on Amager beach in Denmark was identified as hers.

Kim Wall, 30, was reported missing on 10 August, after she failed to return from a trip aboard a civilian submarine, the Nautilus, with its inventor Peter Madsen. She was researching for a feature about him and the vessel which he built in 2008 from crowdfunding. Ms Wall, a graduate from Columbia University’s school of journalism, had worked for many news organisations including the Guardian, the New York Times and the South China Morning Post.

Mr Madsen was arrested in connection with her disappearance and, after initially claiming he had dropped her safely near Copenhagen, later reportedly told investigators that she had died in accident and he had buried her at sea.

Investigators told reporters that Ms Wall’s torso had been weighted down with metal and mutilated in what appeared to be an attempt to ensure that decomposition gases passed out the body so as to stop it from floating, according to reports.

The IFJ and EFJ are waiting for the full investigation of the Danish police to be completed in order to shed light on circumstances surrounding Kim Wall’s death.

The case was submitted on the Council of Europe platform to promote the protection of journalism and the safety of journalists.