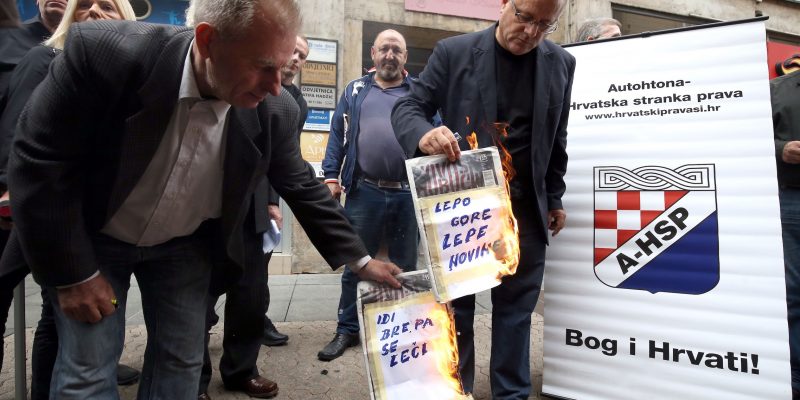 
On 19 September 2017, the European and International Federations of Journalists (EFJ/IFJ) have submitted the following case on the Council of Europe platform for the protection of journalism:

On 2 September 2017, members of the far-right Autochthonous Croatian Party of Right (A-HSP) gathered in front of weekly Novosti’s office in central Zagreb and burned a copy of the magazine, which is published by the Serb National Council in Croatia.

According to the Western Balkans Regional Platform for Advocacy of Media Freedom and Journalists’ Safety, A-HSP accused Novosti journalists of spreading hate against Croatians and called on the Croatian government to stop funding the magazine.

During the incident, Novosti journalists also faced repeated hate speech through social media and threats – including death threats – according to Novosti editor Nikola Bajto, who said in an interview to Novi list newspaper that the A-HSP threatened Novosti journalists that “they will end up like Charlie Hebdo”.

The police has filed charges against Dražen Keleminec, the leader of the party, for “public incitement of violence and hatred”.