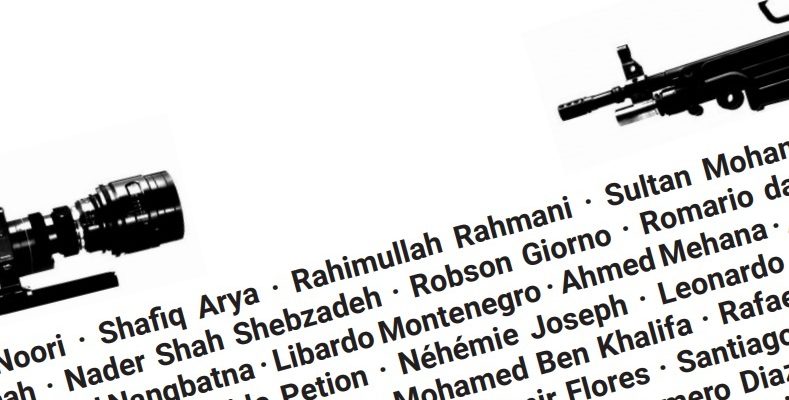 
The International Federation of Journalists (IFJ) today released its annual report of killings of journalists, detailing 49 deaths worldwide in 2019 (including two in Europe). The world’s largest organisation of journalists reiterated its call for a real commitment by governments to fight impunity for crimes committed against journalists and for media employers to provide safety training, insurance and equipment for their staff in the field.

On 31 December 2019, the IFJ published its list of media workers killed in the line of duty, showing 49 journalists killed in 2019, including three women, half as many as in previous years.

The report, published on 4 February, provides a regional analysis of the state of press safety and detailed information on the circumstances surrounding the deaths of the 49 media workers listed. Latin America is the region with the highest number of deaths (18 ), followed by Asia-Pacific (12) and Africa (9), the Middle East and Arab world (8) and Europe (2).

Two key observations emerge from the statistics. Firstly, threats, harassment, imprisonment and murder no longer take place only in countries at war. Secondly, the victims are mainly local journalists. In the majority of cases, it is articles and reports on abuses of power, corruption and crime that have led to targeted violence and killings.

In Europe, two journalists were killed in 2019: Lyra McKee, shot while covering a riot in Derry, Northern Ireland, and Vadym Komarov, killed following a violent attack by unidentified individuals in the centre of Cherkassy, Ukraine.

After the sad record of 12 deaths in 2015, mainly as a result of the massacre which decimated the editorial staff of the weekly “Charlie-Hebdo” in Paris, France, the situation has since stabilised in Europe: three deaths in 2016, five in 2017, four in 2018 and two in 2019. On the other hand, the number of cases of impunity for the murder of journalists in Europe is on the rise. The Council of Europe Platform for the Protection and Safety of Journalists, to which the IFJ and the EFJ are regular contributors, recorded 38 cases of impunity in Europe in 2019, including 14 murders and disappearances of Serbs, Kosovars and Albanians.

With the support of the IFJ and the EFJ, journalists’ organisations in Kosovo and Serbia renewed their call in December for international bodies and national public authorities to relaunch criminal investigations and compensate the victims’ families.

The IFJ and EFJ have also increased calls for justice for the family of investigative journalist Daphne Caruana Galizia, who was brutally murdered in a car bomb attack in Malta on 16 October 2017. The masterminds of her murder have not been identitifed and held accountable.

The assassination of Saudi journalist Jamal Khashoggi, on 2 October 2018 at the Saudi consulate in Istanbul, Turkey, is another major case of impunity in Europe. An investigation by UN Special Rapporteur concluded that Khashoggi’s murder “constituted an extrajudicial killing for which the state of the Kingdom of Saudi Arabia is responsible.” Again, although there were convictions of some Saudi officials who were involved in this appalling crime, those who ordered the murder remain unpunished.

While the number of murders on European soil has decreased, cases of physical violence continued to increase. In 2019, the IFJ and EFJ recorded 137 serious violations of press freedom on the Council of Europe Platform, including nearly 80 cases of violations of the safety and physical integrity of journalists (mainly in France, as part of the police crackdown on “yellow vest” demonstrations, and in Spain, as part of the demonstrations linked to the Catalan crisis).

Since the launch of the IFJ Killed list report in 1990  the federation has recorded 2,530 deaths of journalists.

The IFJ continues its work to combat impunity by demanding that governments take responsibility for the lack of investigation into the murders of journalists and calls for an International Convention for the Protection and Safety of Journalists. It also welcomed the condemnation at the end of 2019 in the Philippines of those who ordered the massacre of 32 journalists in Maguidanao on 23 November 2009.