Massive blocking of access to the media today in Belarus 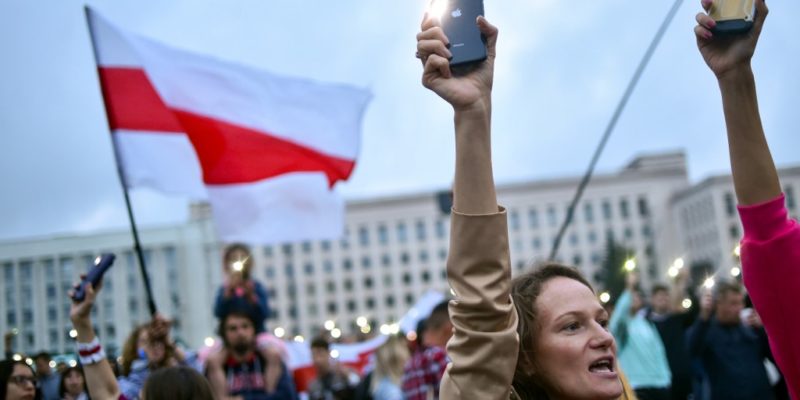 Since 9 August, BAJ’s website has been blocked in Belarus. The EFJ affiliate in Belarus is using its Telegram channel to share the most important news about the situation in the media sector in the country.

On Friday, under the pretext of technical problems with the printing machine, the state Publishing House interrupted the printing of the daily newspapers “Narodnaya Volya” and “Komsomolskaya Pravda”. BAJ documented several other cases of newspapers that could not be printed “for technical reasons” since 9 August.

“These censorship measures are clearly undemocratic,” said EFJ General Secretary Ricardo Gutiérrez. “According to the international legal framework, any measure taken by State authorities to block, filter or remove Internet content must be prescribed by a clear law and must at the same time be necessary in a democratic society and proportionate to the legitimate aim pursued.  The measures taken in Belarus totally violate this legal framework.”

The EFJ and BAJ demand the immediate unblocking of blocked sites and the reinstatement of daily newspaper circulation. They call on the European Union to take targeted individual sanctions against the politicians and administrative officials who carried out the blockades.

#Belarus: 73 websites have been blocked by the Belarusian Ministry of Information since Friday evening, including @RFERL @euroradio @Belsat_TV and many more. We join @baj_by and @EFJEUROPE in demanding immediate unblocking of all websites!https://t.co/tJWBB8MLz7

❗️Belarusian authorities have blocked most independent online media in the country. At the moment there are problems with access to the following websites:
❌ @euroradio
❌ @Belsat_TV
❌ @goalsby
❌ @svaboda
And many more. 73 websites in total!

Belarusians have difficulties accessing a number of websites,including independent media, such as @RFERL, @Belsat_TV, @euroradio, and more. Such a coincidence that it's happening right before the weekend, when major protests are planned. The right to information is not respected