Fighting disinformation with censorship is a mistake 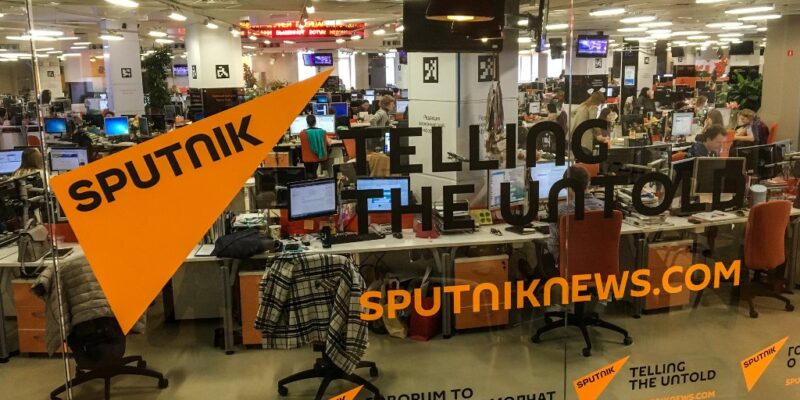 European Commission President Ursula von der Leyen announced, on Sunday, that Kremlin-backed RT, formerly known as Russia Today, and Sputnik, would be banned in the EU. The European Federation of Journalists (EFJ) fears the effects of this spiral of censorship on freedom of expression in Europe.

“We will ban the Kremlin’s media machine in the EU. The state-owned Russia Today and Sputnik, and their subsidiaries, will no longer be able to spread their lies to justify Putin’s war,” said Ursula von der Leyen. “We are developing tools to ban their toxic and harmful disinformation in Europe,” she added, without providing more details.

After EU Member States gave their green light to the Commission’s proposal on Tuesday, the sanction will be published in the Official Journal today, effectively empowering national media regulators to block RT and Sputnik. The sanction will apply to transmission and distribution through satellite, cable, online video sharing platforms, and both new and already installed apps

Commission Vice President for Values and Transparency Věra Jourová and Internal Market Commissioner Thierry Breton spoke with the chair and members of the European Regulators Group for Audiovisual Media Services (ERGA) to discuss the implementation. They called on the media watchdogs to ensure the sanctions are implemented “immediately,” and the ERGA agreed. The sanction will apply to transmission and distribution through satellite, cable, online video sharing platforms, and both new and already installed apps.

The EFJ General Secretary Ricardo Gutiérrez expressed surprise: “First of all, it should be remembered that media regulation does not fall within the competence of the European Union. We believe the EU has no right to grant or withdraw broadcasting licences. This is an exclusive competence of the states. In our liberal democracies, it is independent regulators, never the government, that are allowed to manage the allocation of licences. The EU’s decision is a complete break with these democratic guarantees. For the first time in modern history, Western European governments are banning media.”

“Secondly, the total closure of a media outlet does not seem to me to be the best way to combat disinformation or propaganda,” added Gutiérrez. “This act of censorship can have a totally counterproductive effect on the citizens who follow the banned media. In our opinion, it is always better to counteract the disinformation of propagandist or allegedly propagandist media by exposing their factual errors or bad journalism, by demonstrating their lack of financial or operational independence, by highlighting their loyalty to government interests and their disregard for the public interest.”

The EFJ recalls the case law of the European Court of Human Rights, which states that banning of a media outlet is a serious act, which must be based on solid legal grounds and objective elements, to avoid arbitrariness. “The challenge for democracies is to fight disinformation while preserving freedom of expression,” said Gutiérrez.

For the EFJ, other strategies should be favoured: increasing support for independent journalism, strengthening the independence of editorial offices, reinforcing the social status of journalists, promoting professional ethics through independent press councils, encouraging media pluralism, promoting media literacy for all, increasing the transparency of those in power (which they never propose!)…

“The real antidote to disinformation is not the banning of the media, but the promotion of a vibrant, pluralistic, professional, ethical and viable media ecosystem, totally independent of those in power,” said Gutiérrez.

“The risk of a censorship policy is also that of likely retaliation, as we have seen with the banning of DW in Russia in response to the banning of RT in Germany. The result of this escalation has been the impoverishment of media pluralism in Russia. Citizens have lost the right to access information broadcast by DW. This is regrettable,” he concluded.

Western restriction on free circulation of info (incl from Russian state media) seems wrong to me:

1) It defies the values we defend

2) It limits Western citizens' understanding of the Russian narrative

3) It leads to retaliation that will limit Russians' access to truth https://t.co/dehvbH5khk

Banning biased journalism from Russia makes no sense. It puts ethical news media and courageous reporters from around Europe at further risk and is a step towards a news blackout. @EJNetwork https://t.co/HbqyZYhK7J