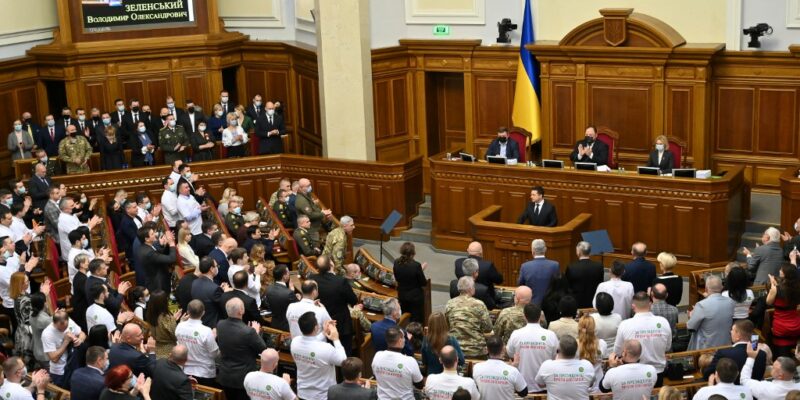 The EFJ, NUJU and IMTUU welcome the decision of the European Union Heads of State and Government to grant Ukraine the status of an EU candidate country. The EFJ and its affiliates in Ukraine recall that this implies a thorough revision of the Ukrainian media legislation.

The current draft media law, introduced in 2020 by MP Mykyta Poturaiev, contains many provisions that are contrary to European values. It proposes to give arbitrary and disproportionate regulatory powers to the national regulator, the National Council on Broadcasting, which would have authority not only over audiovisual media, but also over print and digital media.

“The coercive regulation envisaged by the bill and in the hands of a regulator totally controlled by the government is worthy of the worst authoritarian regimes. It must be withdrawn. A state that would apply such provisions simply has no place in the European Union,” insisted EFJ General Secretary Ricardo Gutiérrez. “Media regulation should be implemented by a body independent of the government and its objective should be media independence, not media control,” Gutiérrez added, calling on the Ukrainian authorities to enter into a frank dialogue with the representative organisations of journalists, NUJU and IMTUU, and to seek advice and expertise from the Venice Commission at the Council of Europe and the European Union services.

“The authors of this bill claim that it should be adopted immediately in order to bring Ukraine closer to Europe! But in reality, this bill separates us from Europe. It will make the life of journalists in Ukraine impossible!”, said IMTUU President Serhiy Shturkhetskyy.