The EFJ President will chair the kick-off meeting of the new EFJ Regional Development Fund (RDF) meeting in Riga.

The Lithuanian Journalists Union (LZS) and Friedrich Ebert Foundation (FES) are organizing the conference “The challenges of legal regulation of public information and self-regulation for professional journalism”, in Vilnius, on 21-22 of March. In the evening of 22 March, Lithuanian journalists will celebrate 90th anniversary of LZS. The EFJ GS Ricardo Gutiérrez will attend the conference.

Launch event of the Lithuanian Law Guide for Journalists

The EFJ President will deliver a speech on media regulation situation and ethics in Europe, with a special focus on Nordic countries. 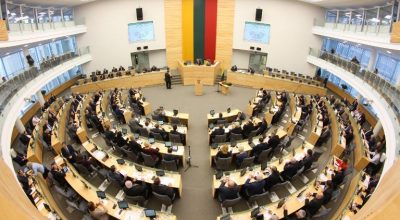 Joint letter to Lithuanian PM: demand to guarantee the full independence of LRT

The European Centre for Press and Media Freedom (ECPMF) and the European Federation of Journalists (EFJ) have jointly sent a letter today to the Prime Minister of Lithuania and the Speaker of the Seimas (Parliament). EFJ and ECPMF demand that the government ensure the independence of the Lithuanian public broadcaster (LRT), as proposed changes to the law threaten to curtail it. Here is our joint letter to demand to guarantee the full independence of LRT: Dear Prime Minister Saulius Skvernelis, Dear Viktoras Pranckietis, Copy: Ramunas Karbauskis, Gabrielius Landsbergis, Viktorija Cmilyte, Andrius Palionis, Julius Sabatauskas, Remigijus Zemaitaitis, Rita Tamasuniene We are… 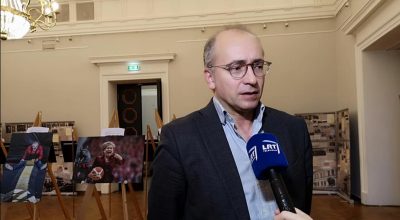 The European Federation of Journalists (EFJ) calls on again Lithuanian Parliament to guarantee the full independence of public broadcaster LRT. The Director General of LRT, Monika Garbaciauskaite, issued today a letter expressing strong concern about proposed legal changes in LRT governance. A new draft law on LRT is to be debated by the Lithuanian Parliament on 11 January. “The latest developments that are now taking place may have a direct impact on LRT’s independence and at the same time pose serious threats to freedom of speech and democracy on the whole,” reacted Monika Garbaciauskaite. Following the report, issued on 12…

The conference is co-organised by the Lithuanian Journalists’ Union (LZS) and Friedrich Ebert Stiftung. The EFG GS Ricardo Gutiérrez will deliver the opening speech on Sunday.

The EFJ GS Ricardo Gutiérrez will attend the 17th Congress of the Lithuanian Journalists’ Union (LZS).