The Association of Journalists of Macedonia has launched the EU-funded project “Journalists’ Network for Media Freedoms in Macedonia”, under the media freedom priority of Instrument for Pre-Accessing Assistance (IPA).

The project aims to develop AJM’s network of journalists and raise awareness about ethical reporting, media self-regulation and help improve the national practice in line with the EU principles and the standards of Council of Europe.Creating an enabling environment for free media and to improve the protection of journalism is the main goal of this Project. By strengthening the capacities of both the Association of Journalists of Macedonia and the self-regulatory bodies we aim to increase the effectiveness and credibility in assessing situations of unprofessional and unethical journalism.

As follow up on previous projects carried out by AJM we will continue to monitor the national court practice, in particular on issues involving journalists or media outlets in cases of libel and defamation. The project foresees awareness raising activities through training of journalists as well as judges and lawyers on freedom of expression obligation in compliance with Article 10 of European Convention of Human Rights.

Finally, the project tends to enforce a dialogue with the government, policy makers, judiciary, the media and international actors to help bring the media legislation and practice in line with the European standards.The European Federation of Journalists as our external partner has a crucial role in the implementation of this project, with additional of at least three sub-grantee CSO’s at the local level. The project will run until 2018.

Violence against journalists has increased in Western Balkans 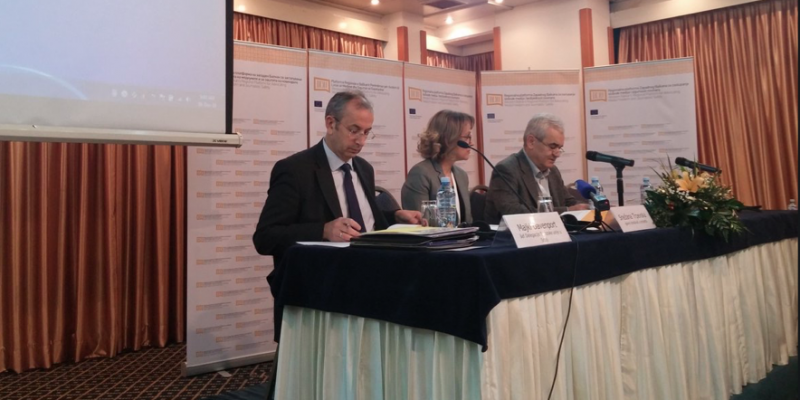 Number of attacks against journalists has increased in last few years. What causes even more worries is the fact that physical attacks and violence against journalists has increased too. That was pointed out at the opening of two-day conference held in Belgrade on 6th and 7th December 2016 on Media Freedom and Security of Journalists in Western Balkans. The European Federation of Journalists (EFJ) has been invited to take part to the event. The conference was organized by the Independent Association of Serbian Journalists (NUNS) as the part of the project Regional Platform for Advocating Media Freedom and Security of Journalists… 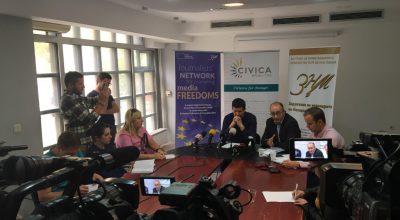 The European Federation of Journalists (EFJ) has called today in Skopje for the immediate release of detained Macedonian freelance journalist Zoran Bozinovski. Zoran Bozinovski has been spending five months in detention in Skopje, after his extradiction from Serbia where he had spent another 18 months detained. The prosecutor’s office in Skopje needed four months to deliver the formal indictment for alleged espionnage, blackmail and criminal association. The EFJ member organisations in the country, the Association of Journalists of Macedonia (AJM) and the Trade Union of Macedonian Journalists and Media Workers (SSNM), consider that the case against Bozinovski is not based… 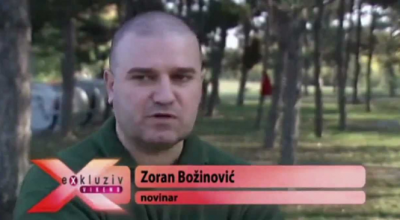 The International Federation of Journalists (IFJ) has called for the “immediate and unconditional” release of detained Macedonian freelance journalist Zoran Bozinovski in a letter to the country’s President and public prosecutor. Zoran Bozinovski – a freelance journalist and founder of the online media Burevensik.org is detained in Macedonia since 21 April, after his extradition from Serbia, where he had spent another 18 months detained. The IFJ and the EFJ condemned the continued detention of the journalist who the Macedonian authorities accused of espionage, criminal association and blackmail. In the letter, the IFJ states: “The arrest of a journalist for criminal activities without… 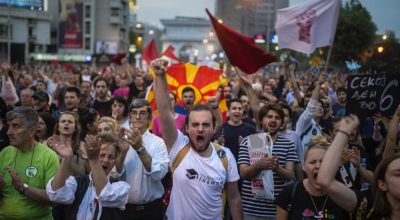 A journalist and four photo reporters were gravely injured by armed police forces on 13 April in the capital, Skopje, while covering an anti-government rally, IFJ and EFJ Macedonian affiliates SSNM and ZNM reported. The protests were sparked by President Gjorge Ivanov’s dual announcement of early elections and a halt to the inquiry into the wiretapping scandal that broke in February 2015 when it was alleged the government was illegally wiretapping over 20,000 people including journalists. Thousands of protesters took to the streets of Skopje, demanding the President either revoke his decision or resign. The Trade Union of Macedonian Journalists and… 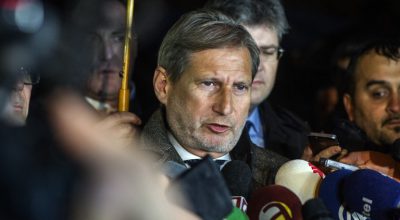 The EFJ sent the following letter  to Enlargement Commissioner Johannes Hahn: Dear Commissioner Hahn, On behalf of the European Federation of Journalists (EFJ), representing over 300.000 journalists across Europe, and our affiliates in Macedonia, the Association of Journalists of Macedonia (ZNM) and the Trade Union of Macedonian Journalists and Media workers (SSNM), we are writing to you with continued grave concerns over the state of media freedom in Macedonia. As you know, since 2015, Macedonia is in a deep political crisis after the opposition boycotted the Parliament and published the wiretapping scandal. The opposition in the subsequent months published a…

Violence against journalists in Macedonia is escalating

The Association of Journalists of Macedonia (AJM or ZNM), EFJ-IFJ affiliate, has issued a letter of concern (27/07/2015) addressed to intergovernmental institutions and non-governmental organisations regarding recent attacks against journalists in Macedonia. “Violence against journalists in Macedonia has escalated and taken dramatic proportions in the last several months. The Association of Journalists of Macedonia (AJM), over the period of four years, has registered 23 threats and physical attacks against journalists, of which half occurred in the first six months of this year, and the perpetrators have not been punished yet. The verbal death threats, the physical attacks and the destruction…