At the General Meeting in Verviers (Belgium) in 2013, the EFJ adopted a resolution to form a new expert group that should focus on the topics online, cross-media workings and digitisation.

The main themes of the Digital Expert Group are the following:

The first meeting of the Digital Expert Group after the General Meeting in Tallinn will take place in Thessaloniki on 11 October. 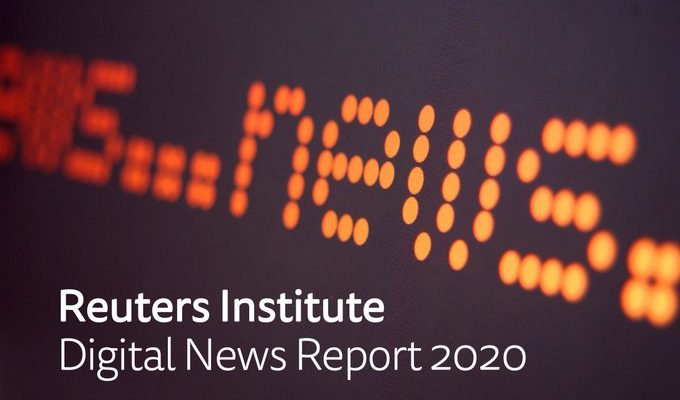 Today, the British based Reuters Institute in cooperation with Oxford University published its 6th annual Digital News Report 2020. The findings, which are based on surveys before and during the COVID-19 pandemic provide some interesting long-term insights into the future of news business, in particular at local level; it analyses changing news consumption, the crucial issue of trust; level of mis- and disinformation, changing business models and the growth of paid content and new attitudes to media coverage including on climate change. The crisis is likely to accelerate long-term structural changes towards more digital, more mobile, more platform-dominated media environment”… 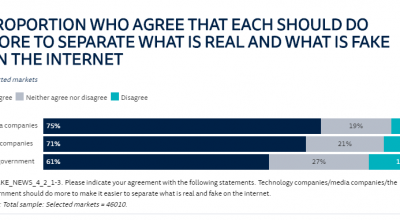 Concerns on the quality and reliability of news has grown globally during the year 2017-2018, and consumers are expecting the media companies and technology companies to take action against the misinformation, while the opinions are much more mixed when it comes to government intervention in these cases. The 2018 Digital News Report, published on 14 June by the Reuters Institute for the study of journalism, reveals more interesting patterns and changes in the behaviour of news consumption globally. Growing concerns on misinformation The research shows that 54% of respondents globally are concerned about what is real or fake on internet.…

The Council of Europe Committee of experts on quality journalism in the digital age (MSI-JOQ) has been established under the Committee of Ministers Steering Committee on Media and Information Society (CDMSI) for the biennium 2018-2019. The thirteen-member group is tasked with preparing standard-setting instruments (in form of Committee of Ministers recommendations or declarations) and studies for approval by the Steering Committee. More specifically, the MSI-JOQ has been tasked to prepare a Draft recommendation on promoting a favourable environment for quality journalism in the digital age and to carry out a Study on the media and information literacy in the digital…

What is the future of financing digital journalism? 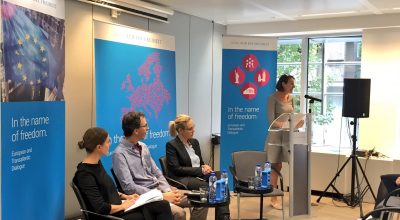 The media environment is becoming increasingly digital, mobile and more and more people consume news directly on social media. Which innovative financing tools will make quality journalism sustainable in the future and how can we preserve a lively news environment that informs citizens and scrutinizes societal power hubs? Those were the main questions of the debate, organised yesterday (07/09/2017) by the Friedrich Naumann Foundation (FNF) in cooperation with the European Federation of journalists (EFJ). It was moderated by Caroline Margaux Haury, European Affairs Manager at the FNF. Renate Schroeder, director of the EFJ, gave opening remarks. “The evolution of the…

The year 2016-2017 has seen intense debates over fake news, algorithms and distrust towards journalists and journalism. The 2017 Digital News Report, published by the Reuters Institute for the study of journalism, contains interesting findings on some of the prevailing narratives around these issues. Social media are not doing a good job in separating fact from fiction The overall trust in news – 43% all media combined – drops significantly when it comes to social media, as only 24% thinks that social media do a good job in separating fact from fiction, compared to 40% for the news media. Only…