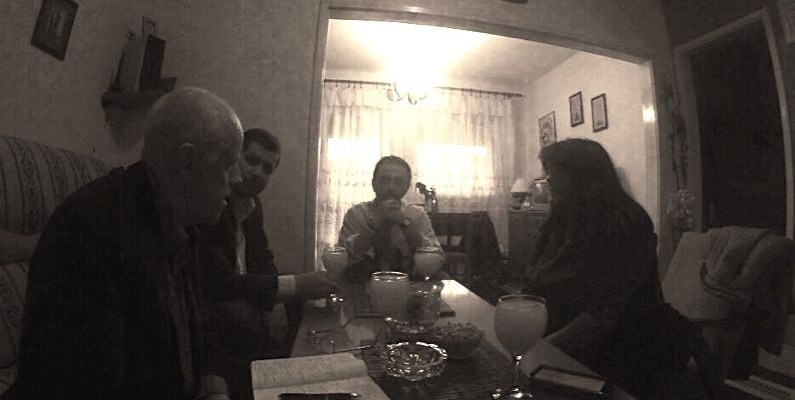 
It is essential that international organizations not only have press freedom as key issues, but also pursues effectively the abuses that are taking place and put pressure on the authorities to correct those attacks on press freedom, writes Mogens Blicher Bjerregaard, President of the Danish Union of Journalists and EFJ President.

I’m just back from Macedonia where I had the opportunity to visit a journalist whose life is in ruins because he does not want to disclose his sources. The European Federation of Journalists sent a letter to the Macedonian Ambassador to the European Union. Similar letters have been sent to the ambassadors across Europe in the hope that the journalist will not go back to jail for the next four and a half years. The final decision of the Appeal Court is about to fall next Friday.

On the ground, we were heading to the outskirts of Skopje in Macedonia in a small car trying to find our way in this typical neighborhood where streets and small houses look all the same that even the local reporters and trade unionists had trouble finding the way around. After a couple of phone calls, we have find the way to reach the specific little house with a terrace facing the road bounded by a wall. We are received by the local journalist Tomislav Kezarovski who according to the Macedonian police is apparently regarded as a dangerous individual.

The thirty-six Macedonian special forces agents had certainly no trouble finding the same house when they decided to arrest him a half year ago. The policemen stormed into the streets early morning, blocked the whole neighborhood, kicked down the door to the little family that scarely saw the father journalist being led away with handcuffs. The marks in the door still sits today as a witness of this dark day. This is the way the journalist recalls about the experience that followed the publication five years ago of his investigative articles revealing that a protected witness had made a false declaration in a murder case.

The crime of the journalist was to give the first name of this witness apparently considered as a crime but the prosecutor also calls for him to release the names of his own sources because not revealing his sources is also considered as a crime. He insisted, of course, on the protection of sources.

A variety of international organizations support the « Kezarovski case » and call the local authorities to put an end to all prosecutions. Therefore, we are all also highly concerned about what happens to our colleague Kezarovski because we are also interested in the reasons that lies behind the decisions and actions of the Macedonian police and judiciary authorities.

Tomislav Kezarovski was initially sentenced to 4,5 years of jail and his case is on the agenda of the Court of Appeal on 24 October. He already spent nearly half a year in a cell of 8 square meters with three other prisoners, a cell with a little window and dirty toilet. With a trembling voice, he explained me about his detention conditions before he was able to spend the last five months at home under house arrest.

On October 24, it will be decided whether he will return to prison or if he can go out of the court room as a free man. Either way, his life will never the same. He will need to find a new job as journalist in Macedonia where the sector has suffered a serious loss. Since his arrest, his wife has difficulties finding a job as soon as she informs the potential employer about her surname Kezarovski.

Tomislav Kezarovski said to me that he only carried out the work that any journalist would have done, he has done nothing wrong and he now hopes for justice. He thinks that the investigative journalism should not suffer because of his case, but on the contrary should be strengthen. Fear is rising on his face as the deadline of 24 October is approaching.

I have expressed hope for him and promised that European Federation of Journalists will spread the messages throughout Europe. But it is with concern that I went away leaving with the image of a family jammed in deep trouble because of investigative journalism.

The suppression of investigative journalism, as this matter is obviously happening in Macedonia, is a great danger for democratic development. Therefore, it is essential that international organizations like the European Union, the Council of Europe and UNESCO not only have press freedom as key issue, but also pursues effectively the abuses that are taking place and put pressure on the authorities to correct those attacks on press freedom. Right now, we need more than one finger pointing to Macedonia.