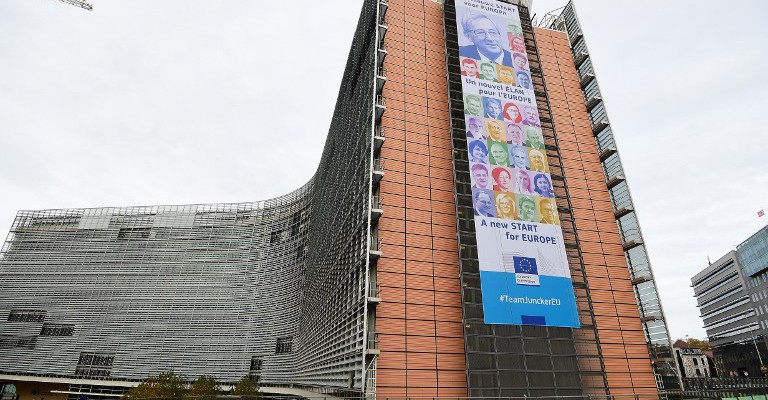 
According to ALTER EU transparency campaigners [1], the proposal by the Juncker Commission – as part of its 2015 work plan announced today – to introduce a mandatory lobby register on the basis of an inter-institutional agreement is misleading because such an agreement will not be binding on lobbyists.

A revised lobby register based on an inter-institutional agreement will lack mechanisms for verifying whether the information in the register is correct and will mean that there is no possibility to apply effective sanctions when incorrect information has been provided. This is the situation currently and a new inter-institutional agreement will not change that.

This view is backed by the European Parliament which in April 2014 called for the Commission “to submit, by the end of 2016, a legislative proposal for the establishment of a mandatory register”. [2] It has also passed similar resolutions in 2008 and 2011. The European Ombudsman has also recently publicly called for a mandatory lobby register to be supported by a legislative proposal. [3]

ALTER-EU has repeatedly highlighted the unreliable nature of the information contained in the current register and the lack of enforcement, two issues which the Commission’s proposed inter-institutional agreement will not be able to address. [4] For example, Goldman Sachs, one of the world’s largest investment firms, declares a lobby expenditure of less than €50,000 in 2013, an amount which seems far too low as that makes it only the 523rd biggest spender on EU lobbying activities. [5] In contrast, in the US, which has a mandatory lobby register with very precise disclosure requirements, Goldman Sachs reported spending $3,630,000 on US lobbying in 2013. [6] Other major banks such as BNP Paribas, Barclays and HSBC report EU lobby budgets that are up to 10 times higher than Goldman Sachs. [7]

Paul de Clerck of Friends of the Earth Europe, an ALTER-EU steering committee member, says: “Juncker and Timmermans promised a mandatory lobby register. What they are proposing now will still be a voluntary register. This will not ensure that citizens will find correct and relevant information about who is lobbying, on what dossiers and how much money is being spent. It is also very disappointing that the Commission disregards various requests by the European Parliament to present a legislative proposal for a mandatory register.”

Olivier Hoedeman of Corporate Europe Observatory says: “The example of Goldman Sachs illustrates how important it is to have a register which is legally-binding on lobbyists. It seems clear that the bank has not fully reported its EU lobby spend, yet the current voluntary register rules do not allow real sanctions. This situation will not change under the new Juncker-Timmermans proposal.”

Helen Darbishire of Access Info Europe says: “With lobbying around the future lobby regulation likely to be acute, it is imperative that the new policy be adopted via an open, participatory process. Regrettably, the Commission’s proposed route of an inter-institutional agreement minimises the scope for debate on lobbying transparency because it is not as open as a procedure, with only a few representatives from each institution taking part.”

Ricardo Gutierrez of the European Federation of Journalists says: “If President Juncker is to fulfil his promise to make ‘democratic change’ and ‘fairness’ in policy-making, his first step should be to make the lobby register mandatory and legally-binding. Without accurate and open data on the activities of lobbyists, citizens, civil society organisations and journalists will not be able to understand and report on the influence of big money on politics and to push for reforms. A legally-binding lobby register is the way to ensure participatory democracy in EU decision-making.”

[1] ALTER-EU is a coalition of over 200 civil society groups and trade unions concerned with the increasing influence exerted by corporate lobbyists on the political agenda in Europe. During the elections, ALTER-EU ran the Politics for People campaign at the recent EU elections which gained the support of 180 MEPs, all of whom have pledged to “stand-up against the excessive lobbying influence of banks and big business”.

In addition, Afore Consulting declares that Goldman Sachs paid them at least €250,000 for lobbying services in the 12 months up to June 2014 http://ec.europa.eu/transparencyregister/public/consultation/displaylobbyist.do?id=03013154889-05 and Kreab Gavin Anderson has logged an income from Goldman Sachs of at least €200,000 in 2013 http://ec.europa.eu/transparencyregister/public/consultation/displaylobbyist.do?id=1078390517-54 meaning that Goldman Sachs’ own entry might not accurately reflect their full EU lobby activities.