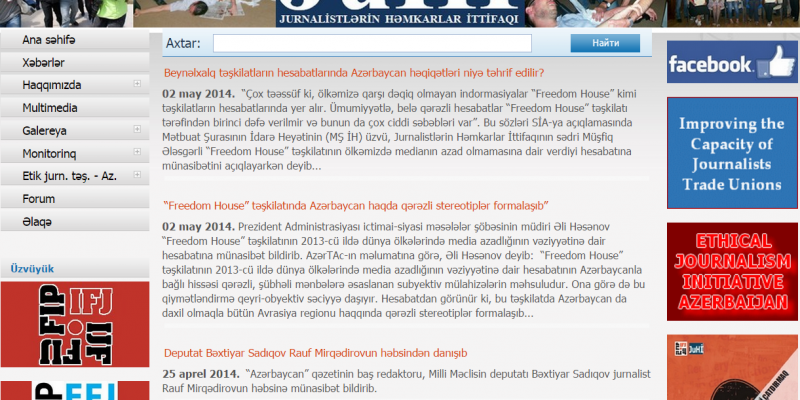 
According to a recent survey publish by the EFJ affiliate, the Journalists’ Trade Union of Azerbaijan (JuHI), the general working and social conditions for journalists have improved significantly with an average increase of 15% in their pay. However, the conditions for journalists working in regional media remains low as the increase is only for journalists working for national media. The survey has asked 100 journalists from 25 national newspapers, 5 news agencies, 5 news portals,  10 weekly newspapers (7 regional, 3 national), 5 TV Channels (3 regional and 2 national), about their pay conditions, contractual relationship, social and health insurance coverage and workloads. .

The key findings are

Read the Final report on journalists’ social condition in Azerbaijan.