#JESUISCHARLIE: To Publish or Not To Publish, That is the Question 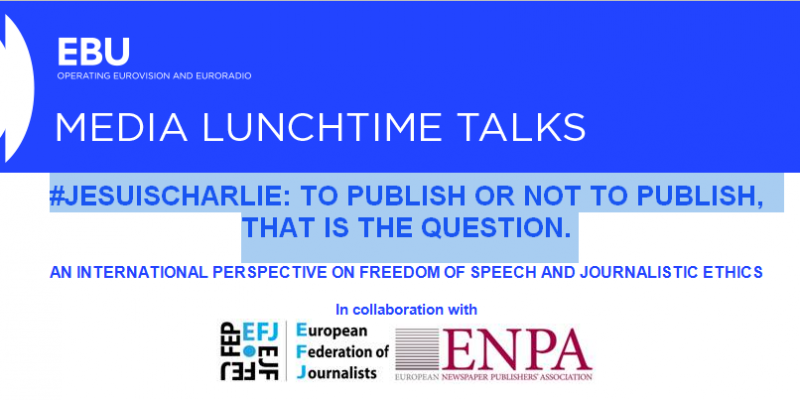 
The European Federation of Journalists, in collaboration with the European Broadcasting Union (EBU)  and the European Newspaper Publishers Association (ENPA), will organised a lunch debate on freedom of speech and the media in the wake of the Paris shooting at the satirical magazine Charlie Hebdo.

We will discuss how journalists and media should feed the debate, and discuss the conditions needed for them to work freely. Social cohesion, media independence, ethical codes, self-regulation and editorial lines are at stake when dealing with highly sensitive and emotional subjects. How can journalists express their opinions, inform and capture the mood of their audience? Can one be “Charlie” and still avoid publishing certain cartoons?

Moderated by press freedom and human rights activist Jean-Paul Marthoz, Europe representative of Committee to Protect  Journalists, the debate brings together four renowned media professionals from different national backgrounds to comment on the media’s reaction to the events: