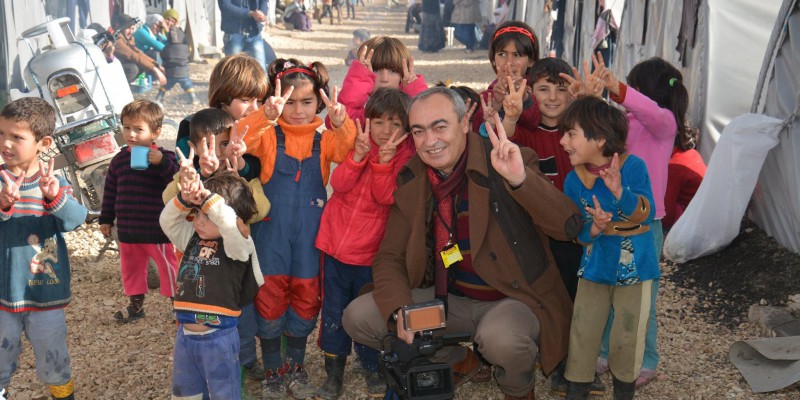 The Dutch freelance journalist Mehmet Ülger was detained at Istanbul’s Atatürk Airport on the morning of January 7 while trying to leave Turkey. Ülger was later released and allowed to leave Turkey, but he must attend  a court hearing on January 21. Ülger was told that he had been held in connection to his presence at the September 2013 trial of then imprisoned Turkish-Dutch journalist Füsun Erdoğan. Ülger had his cell phone with him in the court room at Erdoğan’s trial and reportedly took photos on his phone. Ülger attended the trial as an observer for the NVJ.

The NVJ and the EFJ remind that in a democratic society, the press performs the function of a public watchdog, journalists therefore have the right to freedom of information. Any restriction on this right means that the press is hindered in the dissemination of information, and the public’s right to know is violated.

As the European Court repeatedly ruled, the restriction of  freedom of information has a “chilling effect” on freedom of the press. Measures against journalists must therefore be taken very cautiously.

The measures the Turkish authorities have taken against Mehmet Ülger and his persecution are disproportionate. We refer to the Press Freedom Lecture 2013 by Egbert Myjer, former judge of the European Court of Human Rights (2004-2012). This reading confirms that the proportionality of the measure imposed, is often crucial in the jurisprudence of the European Court. It follows that custodial sentences for journalists are rarely legitimate.

The NVJ and the EFJ emphasize the “chilling effect” rising from the measures taken against Mehmet Ülger. We are deeply concerned about the impact that these sanctions have on the functioning of the press in Turkey, especially on the ability for journalists to do their work. A conviction of Mehmet Ülger would be contrary to the European Convention on Human Rights.