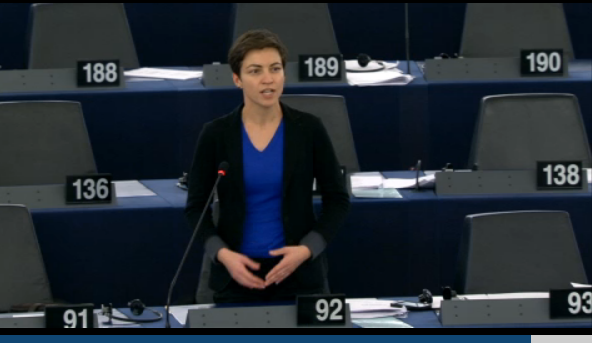 
The European Federation of Journalists (EFJ) welcomes the adoption of a new resolution by the European Parliament on freedom of expression in Turkey.

The resolution adopted (551 votes in favour, 11 against and 31 abstentions) by members of the European Parliament (MEP) condemned the police raids on 14 December 2014 against Zaman newspaper and Samanyolu TV and the detention of a number of journalists and media representatives in Turkey. They recalled that a free and pluralistic press is the core of a democratic system and stressed that judicial independence was not respected in the country.”The government’s response to the allegations of corruption in December 2013 cast serious doubts on the independence and impartiality of the judiciary, and demonstrated an increasing intolerance of political opposition, public protest and critical media”, says the resolution.

The text reminded also the detention of two Dutch journalists (Frederike Geerdink and Mehmet Ülger) in the beginning of January 2015 and deplored the number of journalists in pre-trial detention. They called on Turkey’s judicial authorities to review and address journalist’s cases as soon as possible.

MEPs deplored that the Turkish Anti-Terror Law was used to limit freedom of expression and stressed that the judicial reform should be a priority. They concluded that more attention should be paid to independent media.

The resolution will be forwarded to the European Council, European Commission, the Vice President of the Commission / High Representative of the Union for Foreign Affairs and Security Policy and the Government and Parliament of Turkey.