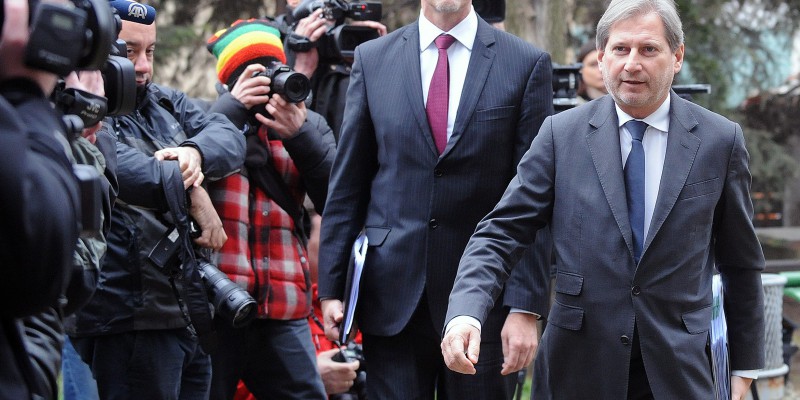 
The European Federation of Journalists (EFJ) today has told Johannes Hahn, the European Commissioner in charge of European Neighbourhood Policy and Enlargement Negotiation that media censorship is a reality in Serbia following his controversial remark made on 15 February in a media briefing prior to his visit to Skopje this week.

According to journalists attended the media briefing, Commissioner Hahn told journalists that “I have heard this several times [concerns about media freedom] and I am asking always about proof. I am willing to follow up such reproaches, but I need evidence and not only rumours.”

When journalists further questioned his repsonse and cited the world media freedom ranking of Serbia which dropped from 54th place to 67th place in 2014 as evidence of deteriorating media freedom, Commissioner Hahn questioned the validity of such ranking and asked for concrete evidence.

In a letter sent to Commissioner Hahn, the EFJ expressed its concerns over the lack of awareness concerning media violations in Serbia among EU institutions and policy-makers.

Mogens Blicher Bjerregård, EFJ President said: “The alarming state of media freedom in Serbia is not a rumour but the reality. Journalists in Serbia are in a constant battle fighting for their fundamental rights to freedom of expression.
“The European Commission should remain its independence and set out standards in the European Union on fundamental rights when negotiating membership with candidate countries. These rights are the pillars of Europe’s democracy and they should not be compromised.”

According to a survey published by the EFJ affiliate, the Serbian Journalists Association (UNS), in December, about 40% of journalists reported being occasionally subjected to censorship.

More than 90% of journalists who took part in a survey published by Germany’s Konrad Adenauer Stiftung last September said both censorship and self-censorship in the Serbian media exist.

The EFJ asked to meet with Commissioner Hahn to present further evidence on media violations in Serbia.