Serbia: “The safety of journalists remains an issue of concern” 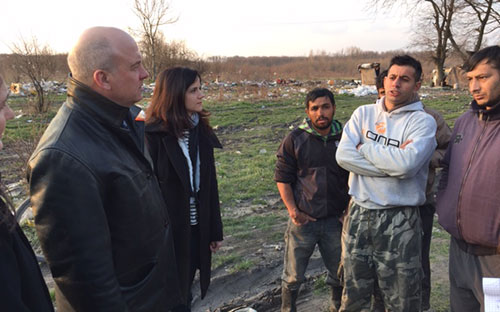 
The European Federation of Journalists (EFJ) welcomes today the release of the report of the Council of Europe Commissioner for Human Rights Nils Muižnieks, at the end of his visit to Serbia from 16 to 20 March.

“As regards media freedoms, the Commissioner welcomes the adoption in August 2014 of three important media laws aiming to ensure media pluralism and transparency of ownership. However, the Commissioner regrets that the implementation of these laws and other media-related issues are being discussed in a highly polarised and politicised context.”

“While urging the authorities to refrain from any actions and statements which may have a chilling effect on the media, the Commissioner invites media actors to reflect upon issues of ethical journalism and take the necessary steps to strengthen relevant standards and practice.”

“Last but not least, the safety of journalists remains an issue of particular concern, as shown by the fact that four journalists are kept under 24-hour police protection and three cases of journalists’ murders which occurred between 1994 and 2001 have yet to be fully resolved.”