Can Europe do something for freelances? EFJ meets MEP Steinruck 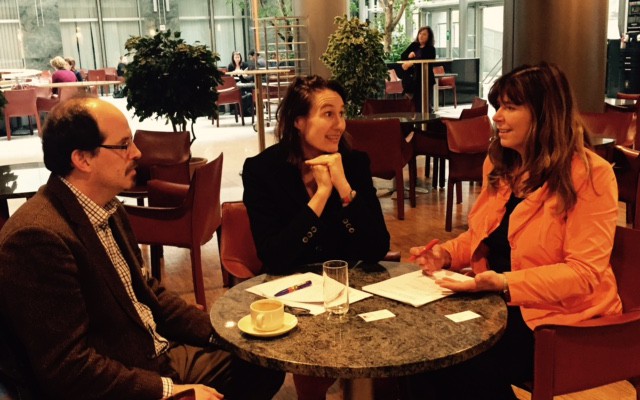 
On 31st March, EFJ Director Renate Schroeder together with Freelance Expert Group member Michael Hirschler from the German affiliate DJV met with Member of the European Parliament Jutta Steinruck for a very engaged one hour discussion. Steinruck is member of the Committee for Employment and Social Affairs  and trade union co-ordinator of the S&D Group.

Main theme of the talk were the urgent problems journalists’ and other unions face throughout Europe: There are grave loopholes when it comes to social security for freelances; no real negotiation mandates for unions on behalf of freelances, in some Member States freelances cannot  become a member of the journalists’ unions or the competition authorities are prohibiting the publishing of fees’ recommendations.

Steinruck said, ”she would try to get these important items both on the agenda of the  Intergroup Trade Unions as well as into the discussions around the Digital Agenda for Europe”

She considers a parliamentary question to the European Commission regarding the social protection of self-employed. She recommended that the EFJ gets in contact with MEPs from all political groups. in particular in central and eastern Europe, there is still a lot of resistance against trade unions as actors of social change.

Some optimism after a discussion with a politician, who by the way is also “Ambassador against depressions” , a disease also known among journalists.

How to continue? The EFJ will stay in contact with Jutta Steinruck and invited her to its upcoming Annual meeting on Budva, Montenegro on 2nd June.  The theme of social security/protection will be dealt with at a forthcoming EFJ webinar on social security for freelance journalists in Europe on 21st April at 12.00.