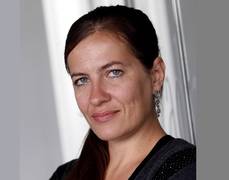 The European Federation of Journalists (EFJ) has welcomed today the acquittal of Anuška Delić, a Slovenian investigative journalist who was accused of having published classified information to expose the link between the neo-Nazi group and the main position party in Slovenia in a series of articles she published in 2011.

In the hearing on 15 April, the state prosecutor, Andreja Žvanut, dropped all charges against Delić. However, Žvanut maintained that Delić is “guilty” in a statement she made before the judge and to the media.

Delić told the EFJ that this is “a bitter victory” for her. “After more than three years of various proceedings, such an unjust statement from the state prosecutor is further damaging my reputation. I fear that the statement will give the state further recourse to prosecute journalists for the purpose of pleasing the ruling power,” said Delić.

Mogens Blicher Bjerregård, the EFJ President said, “While we are glad that Anuška Delić is finally free but we are very concerned by the attitude and the statement of the state prosecutor.”

“It is unacceptable that the state prosecutor made such an empty statement contrary to the ruling to intimate journalists. This is also against the media freedom policy and fundamental rights in the EU.” added Blicher Bjerregård.

In 2011, Anuška Delić wrote a series of articles, just before the Slovenian parliamentary elections, in which she uncovered alleged connections between the Slovenian neo-Nazi group “Blood and Honour” and members of the Slovenian Democratic Party (SDS).

The Slovenian Intelligence and Security Agency (SOVA) claimed that the information Delić used had been illegally acquired from its files.

In the trial held last week, Delic defended that the articles were published in the public interest and that the information published were obtained legally.

The EFJ together with its affiliates in Slovenia (the Union of Slovenian Journalists and the Slovenian Association of Journalists) fully back Delić’s case and call on the state prosecutor to withdraw the statement that is damaging to Delić’s reputation.