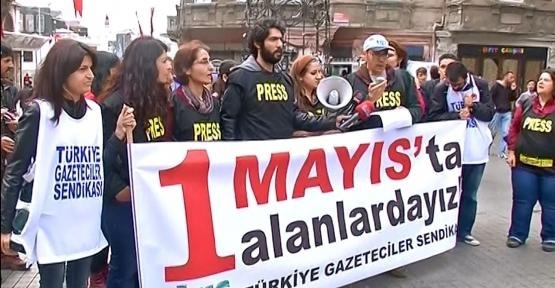 “There can be no press freedom if journalists exist in conditions of corruption, poverty or fear”… The motto of the IFJ must be recalled on this Labour Day.

A recent Swiss study proved that the deteriorating working conditions of journalists have a negative impact on press freedom and quality of journalism. The results suggest that economic pressure from advertisers and the media owners are jeopardising the editorial freedom of media.

Press freedom is declining in Europe, as clearly indicated in the annual report of the Secretary General of the Council of Europe Thorbjørn Jagland, in the annual activity report of the Council of Europe Commissioner for Human Rights Nils Muižnieks, and in the regular statements of the Representative on Freedom of the Media Dunja Mijatović. Working conditions of journalists are becoming more precarious. Their independence and freedom are under pressure.

A free and independent press is a vital component of any democratic society. The European Federation of Journalists (EFJ) calls on all the political and financial decision-makers to remember that on this Labour Day.