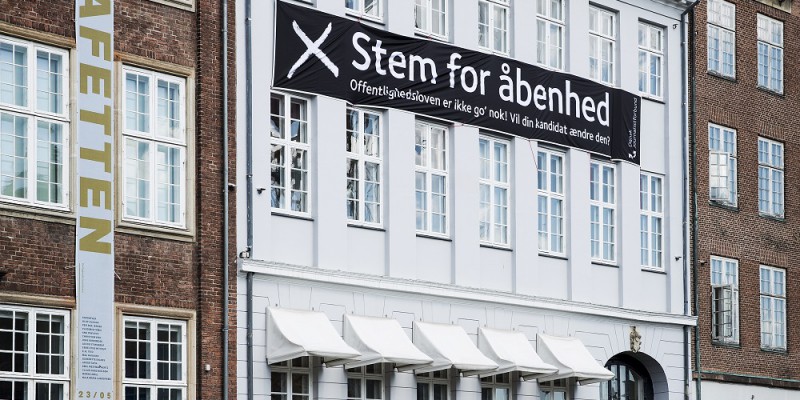 The Danish Open Administration Act, also known as the “Closure Act”, was passed in 2013 with a majority vote in the parliament, was criticised by both experts and media organisations in Denmark as undemocratic as it reduces the level of transparency by blocking access of citizens and media to information concerning the political decision-making process.

Lars Werge, Chairman of DJ, is calling on the Danish parliament to change this law and secure openness in the work of ministers and parliamentarians. Werge said, “The Act must be amended. It will damage the credibility of a democratic government to have such a law especially when many parliamentarians are against it.”

According to a survey conducted by DJ, 79% of the 195 candidates from all political parties said that they were either “unsatisfied” or “very unsatisfied” with the Act. Only 9% were satisfied with the Act, which amongst other things regulates the extent to which the public and the media can obtain public access rights to the work of parliamentary politicians and the advice provided by civil servants to government ministers.

“It is quite clear that there is a great deal of resistance to the Act deep among politicians. It is time to change the law so that citizens and journalists can have better access to monitor and participate in the democratic decision-making process of our government,” added Werge.

DJ has started a campaign with a series of activities lobbying politicians to amend the law. A huge banner with the slogan “System for Openness (Stem for åbenhed)” hanged outside of DJ’s office located at the centre of Copenhagen (see picture). An online campaign was also launched with the Twitter hashtag #offentlighedslov to gather support for and raise awareness of the importance of open access to government documents.

In Europe and across the globe, more than 100 countries have introduced similar legislation on freedom of information (which can be found at freedominfo.org). It is considered as an important tool for investigative journalists to report on government matters that are in the public interest. In the European Union, Article 42 of the European Charter of Fundamental Rights and Article 15 of the European Union Treaty give “[a]ny citizen of the Union, and any natural or legal person residing or having its registered office in a Member State, […] a right of access to documents of the institutions, bodies, offices and agencies of the Union, whatever their medium.”