AFP journalists on strike against termination of collective agreements 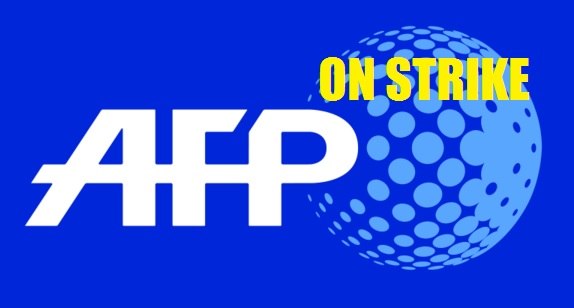 
Send your solidarity message to the AFP staff on strike in the comment box below.

The social model that has been put in place for decades at the AFP provides the protection necessary for journalists and staff working for the agency. It is a key task of trade unions to defend this social model which is also supported by the IFJ and the EFJ.

Together with the workers at the AFP, their unions and federations condemn this serious questioning of social dialogue which is reflected in the austerity policy implemented by the AFP to reduce wages and consequently dismantling the social model that ensures decent working conditions for workers (such as the guarantee of holiday leaves working conditions, wages, employment etc.)

The six representative unions at AFP called on all workers working for the agency in France to join the 24-hour strike starting at 14:30 today in order to oppose the management’s plan.

The IFJ, EFJ and its member unions support the action and share their solidarity with the action of the French unions against the dismantling of AFP’s workers’ rights.