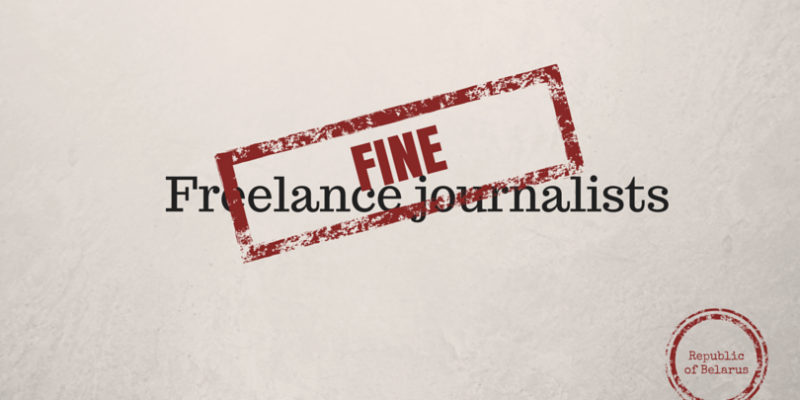 
Working as freelance journalists can be considered as a crime in Belarus. Since the beginning of this year, the Belarusian authority has filed 24 cases (see infographic below) against freelance journalists imposing fines for their works. In all the cases, the journalists are accused of violating article 22.9 of the administrative code (unlawful production and distribution of mass media products).

The EFJ and BAJ have repeatedly protested against the ridiculous media law that forbids freelance journalists from doing their jobs. The organistations have written to the Minster of Information in Belarus and asked for immediate reform of the rule in order to allow freelance journalists to do their jobs. However, the government has not made any response, nor changes to this law.

According to the Belarusian media law, it requires foreign and national journalists to obtain mandatory state accreditation. The law only recognises those journalists working for state-registered media organisations.

The EFJ and BAJ will submit these cases of media violations to the Mapping Media Freedom project launched by Index on Censorship, European Federation of Journalists and Reporters Without Borders and funded by the European Commission.