Media should speak out against hate speech 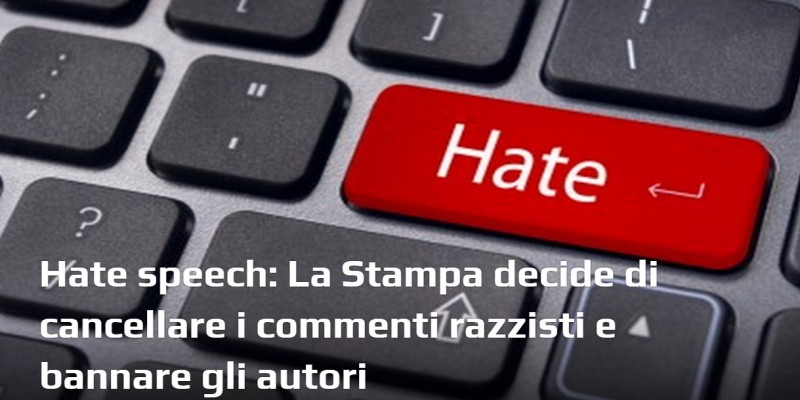 
The European Federation of Journalists (EFJ) has joined the Italian organisation on Carta di Roma welcoming the new initiative launched by the Italy newspaper La Stampa to counter hate speech. The EFJ has called on media professionals to be aware of the danger of discrimination being furthered by the media through hate speech following recent debates and media coverage on “migrant crisis” in Europe.

Ricardo Gutiérrez, the EFJ General Secretary said, “Journalists should dare to denounce and confront hate speech publicly. They have the ethical responsibility to counter racist and discriminatory messages and comments that incite hatred, violence or insult on other people in the public sphere.”

Facing a wave of anti-Roma comments on La Stampa’s Facebook page, the newspaper announced on 9 August that the social media team would now remove racist posts and ban users from posting such comments. The newspaper told its readers not to answer or react to hateful comments. Reader shall report hateful or abusive comments to the editor immediately so that they can take necessary measures to avoid the spread of hateful speech.

The initiative was launched following debates about the role of journalists and media in the coverage of the “migrant crisis” in Europe. Anja Reschke, a TV presenter for the investigative programme Panorama on German regional public television station NDR, had made headlines in Germany on 5 August about her call for a public stand against the growth of racist attacks on refugees during the television broadcast.

Anja Reschke said, “Hate preachers should understand that the society does not tolerate their behaviours. If you’re not of the opinion that all refugees are spongers who should be hunted down, burned or gassed, then you should make that known, oppose it, open your mouth, maintain an attitude, pillory people in public.”

Anja is not the only journalist who spoke out against hate speech against refugees and migrants. Julien Vlassenbroek, a Belgian journalist working for the public TV RTBF also called on the public to oppose xenophobia following a flood of hateful comments on Facebook after the publication of his article on refugees in Belgium.

Julien responded, “It is disheartening as a journalist to see such a vast number of comments that are based on xenophobia and ignorance …if you want to express your hatred to other human beings, please do it elsewhere but not on this Facebook page.”

Commenting on the reactions of journalists, Gutiérrez said, “These responses from individual journalists are powerful. Journalists cannot remain passive when confronting hate speech and ignorance otherwise they will become accomplices. They have the responsibility to counter racist messages and prejudice with facts. Media organisations have the right to implement measures to deal with hateful comments and prevent anyone from preaching such messages in the media.

“Although freedom of expression, as conceived by the European Convention on Human Rights, applies also to the remarks which offend, shock or disturb others,” said Ricardo Gutiérrez, “In this case, it is not really a matter of freedom of expression. It is about professional ethics of journalists and the media.

“There is a number of Codes of Ethics existing in newsrooms, including the one being in forced in Belgium, that require media and editors to moderate comments of Internet users in order to prevent racist, discriminatory, insulting and hatred comments. Media owners must provide the necessary human and technical resources to carry out this journalistic mission.”

Gutiérrez stressed, “In order to counter online hate speech, awareness-raising of individual journalists is just the first step but an important step. However, media organisations must take their responsibilities too and play their part in countering hate speech.”