Refugees: choices about words do matter 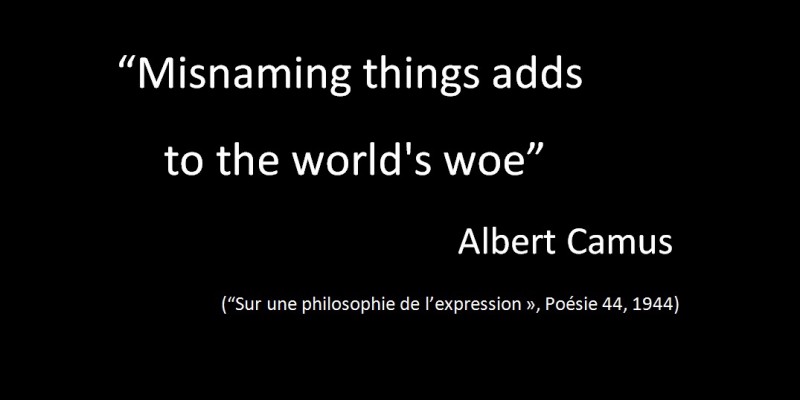 
A hundred refugees spent the night outside in a park in front of the Refugees Office in Brussels, the “capital of Europe”, on Wednesday. Commenting on these events, many media talked about a “massive influx of refugees in Belgium.” Some simply mentioned a “flood of refugees”. Others stuck to comment on “the problem of hosting refugees.”

The European Federation of Journalists (EFJ), an active member of the Ethical Journalism Network, reminds journalists “shall be aware of the danger of discrimination being furthered by the media, and shall do the utmost to avoid facilitating such discrimination based on, among other things, race, sex, sexual orientation, language, religion, political or other opinions, and national or social origins” (IFJ Declaration of Principles on the Conduct of Journalists).

More than ever, facing with news likely to feed the hate speech, it is important that journalists use the right words to describe situations they cover. Words that convey an exaggerated sense of threat can fuel xenophobia.

“It is beneficial that editors discuss the use of words, as did Al Jazeera or RTBF, insists Ricardo Gutiérrez, EFJ General Secretary. A master in journalism, Albert Camus wrote that “Misnaming things adds to the world’s woe.” Journalists should be aware words are important. It is just improper to write about a “massive” flood of refugees to comment queues of several hundred people. It is not appropriate to use the term “migrants” rather than “refugees” to refer civilians seeking refuge and asylum in fleeing a country at war. It is irresponsible abusing a rhetorical anxiety evoking those “thousands of migrants who advance to Europe”, as hordes of Huns”…

Refugees are persons fleeing armed conflict or persecution. Migrants choose to move from one country to another not because of a direct threat of persecution or death, but mainly to improve their lives. These words are not synonyms. There is a difference and it does matter. A migrant chooses to leave, whereas a refugee is forced to leave. Countries are free to deport migrants who arrive without legal papers, which they cannot do with refugees, by international law. The greatest numbers of those crossing the Mediterranean Sea to reach the shores of Italy and Greece are refugees, though some are considered migrants.

The EFJ shares Roy Peter Clarck‘s views on the language of migration (The Poynter Institute for Media Studies): “Should other news organizations follow Al Jazeera’s lead and give preference to “refugee” over “migrant”? I would say, in general, yes. But this distinction hangs upon an important peg: reporting. It is not the primary responsibility of journalists to characterize a particular group based upon an ideological preference. It is, instead, to be a witness on land and on the sea – to check things out; to act as the eyes and ears of the audience. In the words of the novelist Joseph Conrad, to make us see. Who are these people huddled in boats? Where did they come from? Where do they hope to go? For humanitarian purposes, what do they need? If journalists answer those questions well, I will be less concerned with their generalizations and characterizations.”

The EFJ General Secretary wishes to acknowledge the hard work of journalists that reflect a complex situation on the ground, as the contribution of those who analyze this news with the needed sense of nuance. “The media should invest more in the report, allow journalists to testify, give a face and a voice to those anonymous who have so much to say. Media companies also have a responsibility to give editors the human resources needed to address these topics avoiding misconceptions and stigma.”

The EFJ will launch in the coming days, a campaign against hate speech with the Italian organization Carta di Roma, which developed a charter on the media treatment of asylum seekers, refugees, migrants and victims of treated.