Spanish journalist Manuel Martorell accused of terrorist and denied entry to the U.S. 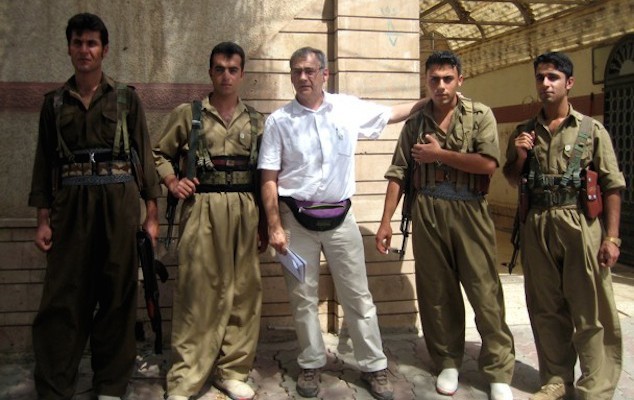 An official of the US consulate in Madrid first explained that the visa refusal was based on the homonymy between the journalist and an Ecuadorian national who is the subject of a legal proceeding in the United States. A few days later, the Vice-Consul, Ms. Julie P. Akey signed a letter stating that the visa refusal was due to Martorell’s “terrorist activities” without further explanation.

Martorell is an experienced journalist and has over 30 years of professional experience in journalism. In 1989, he joined the team that had launched the new daily newspaper El Mundo, for which he worked until 2001. Martorell is a historian by education. He specialised in the Kurdish people’s situation on which he has written several books.

The EFJ and the FeSP ask the Spanish Minister of Foreign Affairs, Jose Manuel Garcia-Margallo, to seek the United States’ urgent clarifications of the reasons why the entry of Martorell to the country was denied. The organisations also ask the authorities to remove the allegation of Martorell engaging in “terrorist activities”.