Censorship in Turkey: our letter to President Erdoğan 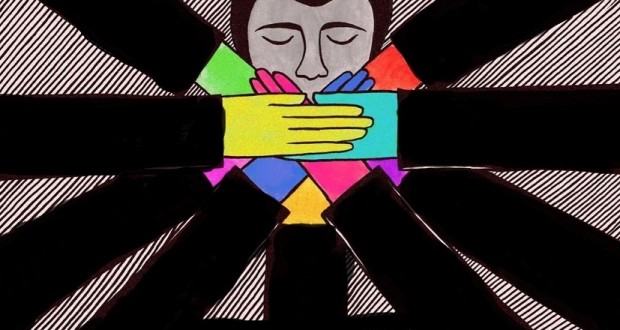 
In a letter sent today to Turkey’s president Recep Tayyip Erdoğan, the European and International federations of journalists and the European and International Trade Union Confederations denounce current threats against press freedom in Turkey and increased censorship ahead of elections. The organisations call for urgent reforms to ensure that Turkey’s media is able to recover its position as an effective profession that is independent, pluralistic and in the service of the public interest.

Since April 1, the IFJ and the EFJ reported 22 alerts on Turkey to the Council of Europe Platform to promote the protection of journalism and safety of journalists.

We, the undersigned representatives of the International and European Federations of Journalists (IFJ/EFJ), the International Trade Union Confederation (ITUC) and European Trade Union Confederation (ETUC) are writing to express our grave concern about the rapidly deteriorating climate for journalists in Turkey in recent months.

Journalists have been subjected to unprecedented pressure since the inconclusive June elections and the outbreak of violence with the PKK in the South East of the country.

In recent weeks journalists and media have come under sustained assault from the government and its supporters. The Hurriyet daily newspaper was attacked twice by angry mobs and numerous websites are being blocked, including DIHA news agency for more than 20th times, this summer by the Turkish Telecommunications Authority (TIB) without any form of judicial review.

Foreign journalists have been deported and many more are facing prosecutions for ‘insulting’ political leaders or for ‘supporting terrorism’ when attempting to report the conflict. Meanwhile the government has attempted to impose a virtual news black-out on the South East of the country at a time when independent journalism is more crucial than ever to aid the peaceful resolution of the violence.

Under such circumstances it is not possible for the media to operate as it should in a democracy and is doing great damage to the fairness and quality of the current electoral process due to conclude on 1st November.

We wish to remind you that journalism’s central role in a democracy is to hold government to account by regularly and independently challenging it on its performance and records. A government that responds with hostility, public rebuke and prosecutions is a government that has given up on its own ability to win public support based on the legitimacy of its policies and record in office.

We support the call of the Solidarity Network Against Censorship to all professional and labour organisations that stand for press freedom to adopt a stance against censorship.

We call on you and your government to take the necessary steps to ensure a fair election by immediately ending the restrictions and persecutions of media and to cease public attacks on journalists that question or criticize the performance of the government.

After 1st November we trust that you will work with the incoming government to introduce a series of urgent reforms to ensure that Turkey’s media is able to recover its position as an effective profession that is independent, pluralistic and in the service of the public interest.