Press freedom in Europe is in peril, says CPJ report 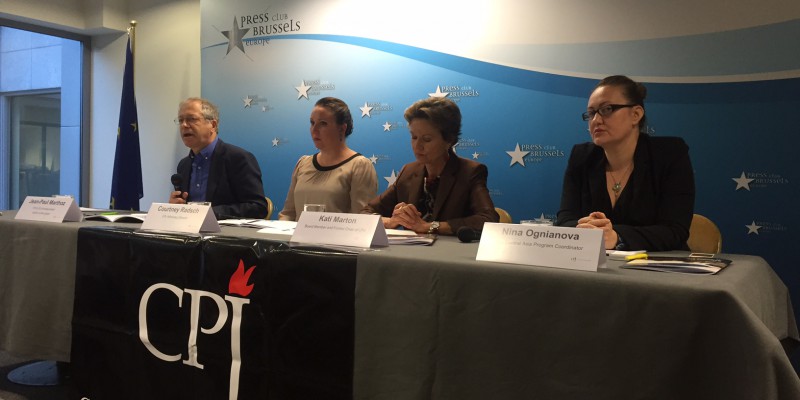 A new report “Balancing act: press freedom at risk as EU struggles to match actions with values” published by the Committee to Protect Journalists (CPJ) was launched at the Press Club-Europe in Brussels on 29 September. Jean-Paul Marthoz, CPJ’s EU correspondent and author of the report, said at a press conference that “the future of the EU’s global influence will largely determined by its credibility and consistency by following a press freedom diplomacy based on principles and free of double standards.”

The report examines EU policies and institutions, finding that while they maintain an outward commitment to press freedom, in many cases they lack a robust mechanism to hold member states accountable when they are in violation of the EU Charter of Fundamental Rights. Hungary’s deteriorating pres freedom climate illustrates how ill-equipped the EU is when to reprimanding countries that renege their commitments.

“Spying journalists is the norm, security goes over liberty. Confidentiality of sources is threatened, mass surveillance is all over Europe”, Marthoz warned.

The 60-page report covering themes as challenges to press freedom and how EU policies and law influence journalism, includes also a list of recommendations to the EU and to the member states. The list includes:

The full report is available here.