Tirana: Who is protecting journalists? Conference on Journalists Labour Conditions in SEE 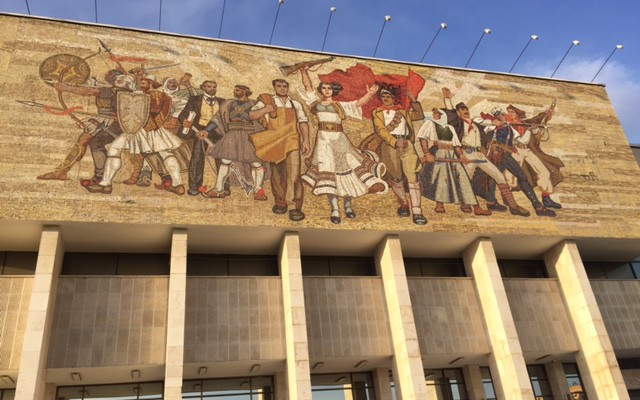 Within the framework of  the #seemediapartnership, the Center for Independent Journalism, Romania in cooperation with the Albanian Media Institute organised a regional conference on journalists’ employment conditions in South Eastern Europe in Tirana last week. Together with EFJ affiliates from Bosnia, Bulgaria, Montenegro and future members from Albania and Kosovo, participants discussed an action plan on how to improve the situation of journalists in the Balkan including capacity building of journalists’ organisations, Social dialogue, improved legal and labour protection for all journalists independent of their employment relation. Independent judiciary, rules on media concentration but also media education/media literacy and funding are part of the “wish list”.

Nobody loves #journalists anymore. We should express our love for our job, Iona Avadani at #SEEmediapartnership. pic.twitter.com/jgJKro3kp3

EFJ Director Renate Schroeder elaborated on the need of an improved structured solidarity and better cooperation among existing unions and associations at national level taking into account that professional and labour rights are indivisible. How to guarantee freedom of association and empower organisations to protect journalists and have not the factor “fear” rule upon any solidarity actions. However regulating entry of journalists or defining who is a journalist is not the right response, she said.

“Journalism is increasingly becoming an NGO sector, and at the same time investigative journalism is leaving traditional media.

The meeting discussed many additional challenges from:

EFJ affiliates also show- cased some activities that were successful and giving useful service to their members.