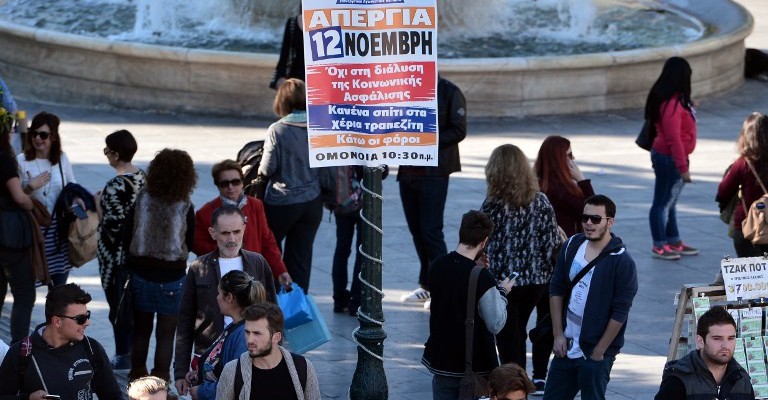 
Greek media will strike will hold a 24-hour strike starting from 6:00 am on Thursday until 6:00 am on Friday, following the general strike that has been scheduled by the country’s public and private sector unions, including the Panhellenic Federation of Journalists’ Unions (an EFJ affiliate), for Thursday 12 November.

The strike for journalists covers all print media (newspapers and magazines), public broadcaster ERT and all private TV, radio and internet media, Athens-Macedonian News Agency, Secretariat General of Information and Communication and all Press Offices.

The Journalists’ Union of the Athens Daily Newspapers (JUADN-ESIEA), also member of the EFJ, has called on its members to join the 24-hour strike on Thursday to protest against policies and practices that violate rights of journalists.

“Journalists (whether workers, unpaid, unemployed or pensioners) seek along with entire society the right to work, social security, our Funds resources, lifelong benefits and our dignity,” said in a statement issubed by JUADN and ESIEA.

During the strike, all newspapers will circulate as usual but broadcasts of news bulletins and news programmes will be stopped