Trade Secrets: Legitimate use for journalists or not is still the question 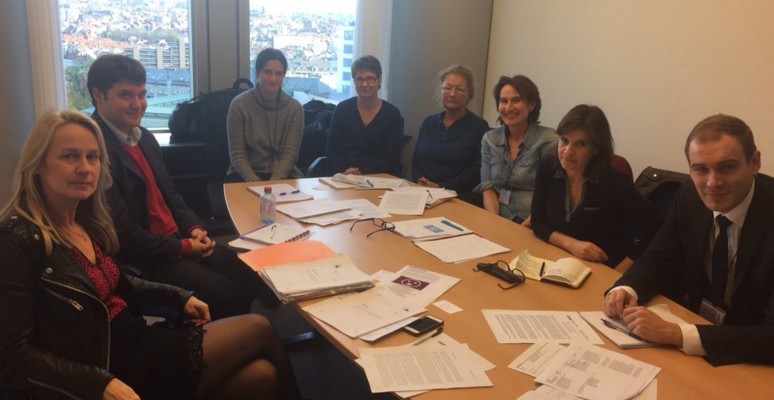 
In view of the ongoing trilogue negotiations, informal tripartite meetings attended by representatives of the European Parliament, the Council and the Commission on reaching the proposal for an EU directive (also know as trade secrets directive) “on the protection of undisclosed know-how and business information against their unlawful acquisition, use and disclosure”, journalists’ and media organisations expressed their concern regarding a potential damaging impact on press freedom. A letter has been sent to the rapporteur, shadow-rapporteurs, members of the European Parliament of the Legal Committee, the Permanent representatives of the EU member states (COREPER) and relevant  contacts in the European Commission.

Following an open letter by the EFJ, ENPA, EMMA, EBU and RsF, the European Parliament rapporteur Constance le Grip (France, EPP) invited the journalists’ and media organisations to discuss how best to ensure that the draft directive on trade secrets can guarantees a clear and strong protection of the right to media freedom and information.

In a meeting which took place yesterday and lasted over an hour, Le Grip informed the representatives from the organisations who signed the open letter about the state of play of the “trilogue” negotiations. She said two meetings between the European Parliament, the Council of Ministers and the EU Commission have taken place up till now. The latest meeting on 27 October has not reached any conclusion for the final text. The next meeting is planned for the end of November.

She confirmed that the European Parliament’s commitment to media freedom which  was mentioned in the draft text adopted by the Legal Affairs Committee in June. The group stressed that the draft text passed by the committee is the absolute minimum and cannot be changed in any direction. They noted that there is a general decline in legal protection for press freedom at European level.

The journalists’ and media representatives all stressed the ambiguity and legal uncertainty regarding the wording ” legitimate use” for journalists. The group asked Le Grip to support the deletion of such wording in the compromise text.  Dominique Pradalie, General Secretary of the French journalists’ union  (SNJ) stressed the need to have a “priori” and not “post priori” guarantees. According to Le Grip, “making legitimate use (of trade secrets) in accordance to the  Charter of Fundamental Rights” in the text voted by the committee clearly enforce the rights of journalists to freedom of expression.

The EFJ and media organisations will meet on Monday, 16 November Cécile Candat, the counsellor responsible for trade secrets at the Permanent Representation of France. More meetings with Council representatives will follow in the coming months.