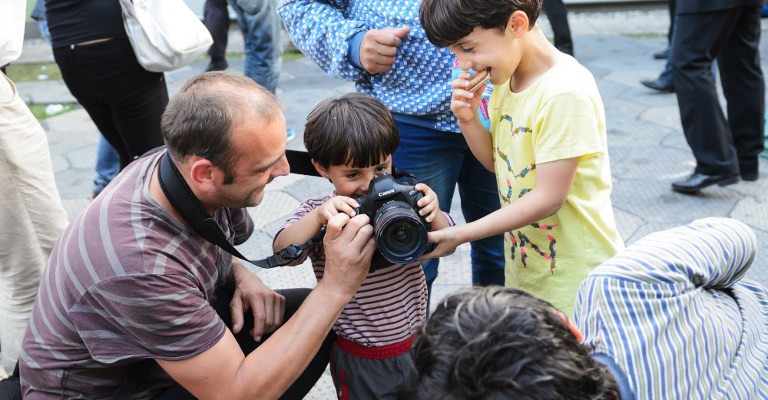 Recent debates on the migrants and refugees crisis have put media under spotlight raising the question of fair and ethical reporting. The International Labour Organisation (ILO) has launched its first-ever global competition for the media, entitled ‘Reporting Fairly on Labour Migration’ to recognise exemplary media coverage on the topic. The winner will be announced on the International Migrants Day on 18 December and he/she will receive $1,000. The work of the winner will be promoted widely as an example of good practices worldwide.

The competition is organised jointly with the International Trade Union Confederation (ITUC), the International Organisation of Employers (IOE) and the Office of the High Commissioner for Human Rights (OHCHR).

The competition will run from October 1st, 2015 and close on December 1st, 2015. Both Professional Journalists as well as Citizen Journalists working with video broadcast and multimedia formats are invited to participate in this competition by submitting a piece of their own work that demonstrates fair reporting on labour migration. Competition submission must have been created and published between the dates June 1, 2014 –December 1st, 2015 to qualify.

How to enter the competition?

Enter the competition by filling out the online entry form  by December 1st 2015 at 17:00, Central European Time.

Please note that only reports that have been published between 1 June 2014 – 1 December 2015 will be accepted!

How will entries be judged?

A panel of 5 distinguished judges will evaluate the top ten entries from both the Professional Journalist and Citizen Journalist categories.

Entries must align with the basic ethics of journalism and both video broadcast and multimedia reports will be judged on the following criteria:

What could I win?

The ILO will award a $1,000 prize to one winner from the ‘Professional Journalist’ and ‘Citizen Journalist’ categories for their exemplary work on reporting fairly on the topic of labour migration. Winners will be announced on December 18, 2015, marking International Migrants Day. Winning entries will also be featured on the ILO’s main website and promoted widely as an example of good practices worldwide.