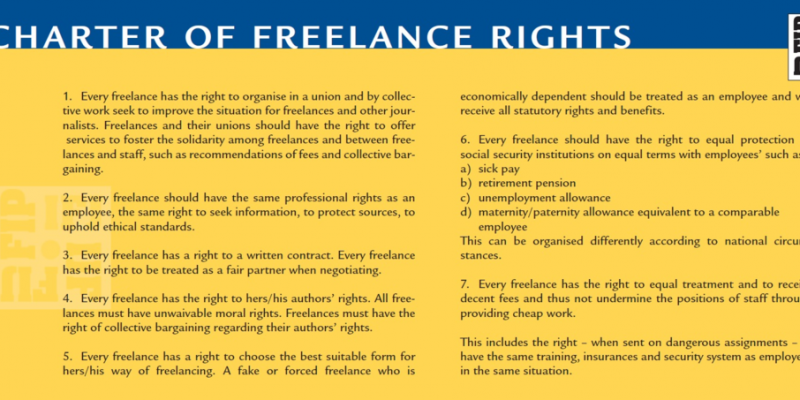 
A new survey launched by the European Federation of Journalists reveals the diversity of the freelancers’ professional situations and disparities of their labour rights’ protection in Europe.

On 19th November, the EFJ had its biannual meeting with the Freelance Experts’ Group (FREG). Together, they discussed the results of the survey “Mapping Freelance Journalists” conducted since May by the EFJ to collect updated database regarding the social status of the freelance journalists and their representation in professional associations and unions in Europe. Thirty-three organisations from 28 countries have responded to the online questionnaire. The results reveal disturbing disparities between levels of freelancers social rights’ protection, in particular, their right to organise themselves in unions to defend their occupational interests. Below is a snap shot of the survey results.

While some affiliates (for example the German DJU in ver.di and the Polish Association of Journalists, indicate a very high rate of freelancer’s affiliation (around 70% of members), other don’t accommodate them (0% in TGS, Turkey and in ESIEMTH, in Greece). “In Turkey, for example, any worker who wants to join a journalist’s trade union must necessarily be an employee and be active in the media sector (comprising journalists, printers, programmers, CD producers, …) as defined by the public labour authorities. The membership of the union automatically gets lost if you are fired from your job or if you change your status. With the support of the EFJ, we established a new membership’s category that offers the opportunity for freelance journalists to join the TGS and enjoy the same benefits although they are not included on the official list, “says Gökhan Durmus, head of the TGS Istanbul branch, during a debate organised at the Press Club in Brussels.

Percentage of freelancers in unions & associations : 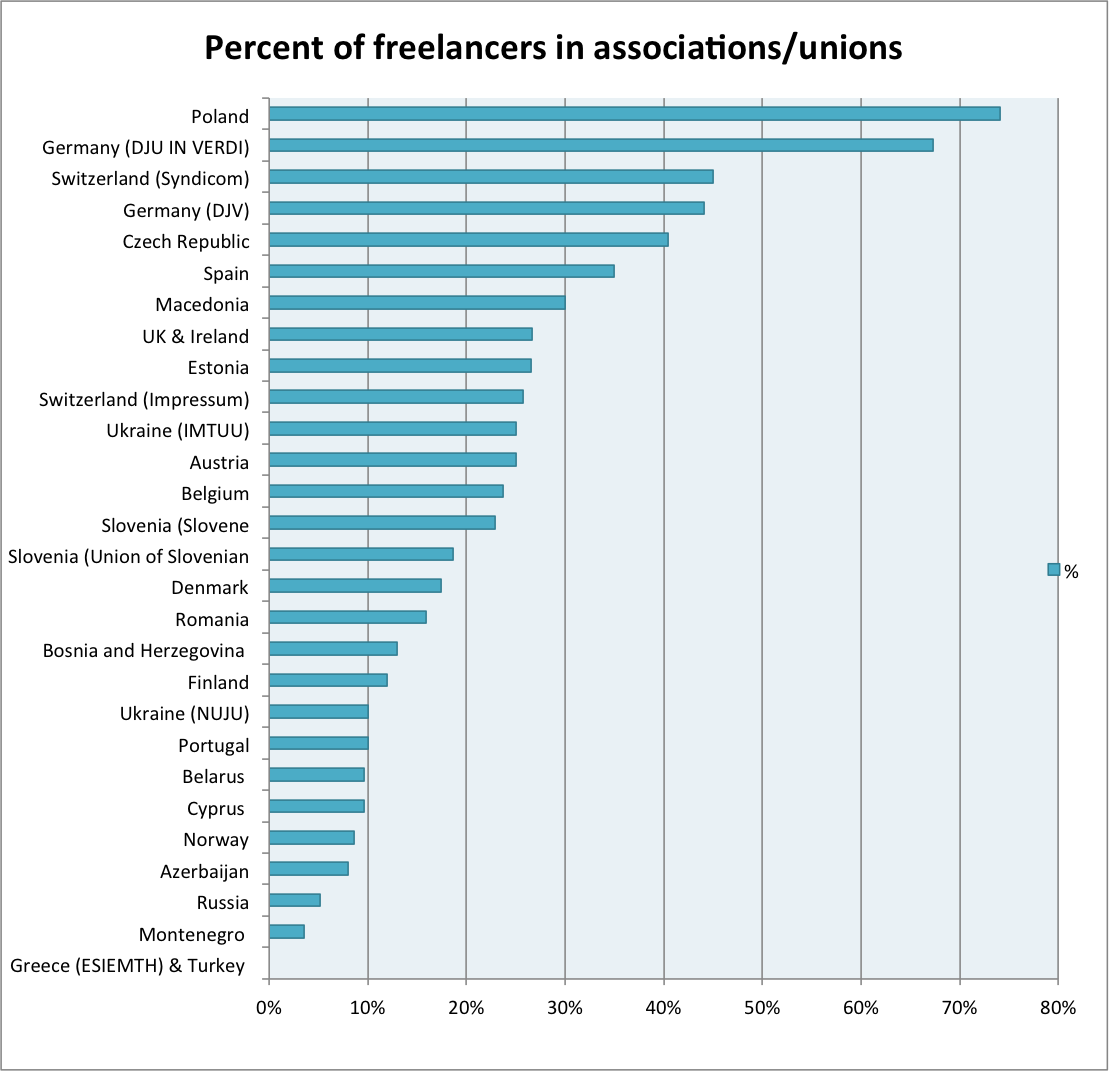 In the majority of cases (57% of respondents), freelancers should have the professional journalist status defined by the national legislation to be a member of unions & associations. In Azerbaijan, Bulgaria and Poland, a minimum threshold of publications also conditions the membership. Note that in Poland, the co-opting of members is always applicable!

Nearly a quarter (23%) of the responding affiliates report offering a discount on the annual fee amount for freelancers. In Spain, it is reduced by a third while in Romania it is capped at 20% of the fee paid by an employee journalist. Other unions/associations have established a fixed contribution for freelancers while for employees, the contribution is  based in function to their salary. 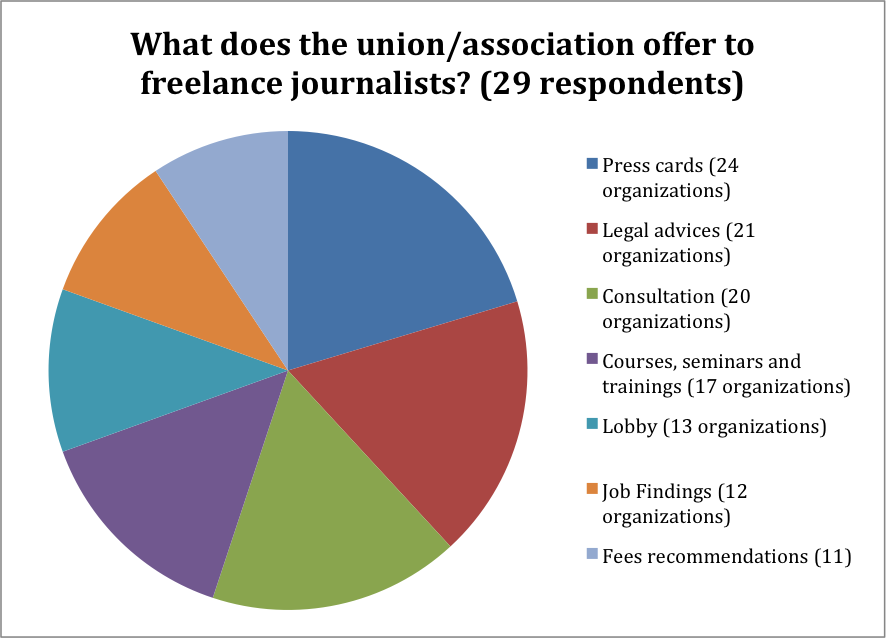 Only 54% of responding affiliates specifically handle the issue of freelancers in national branches (31%) and in local branches (23%). 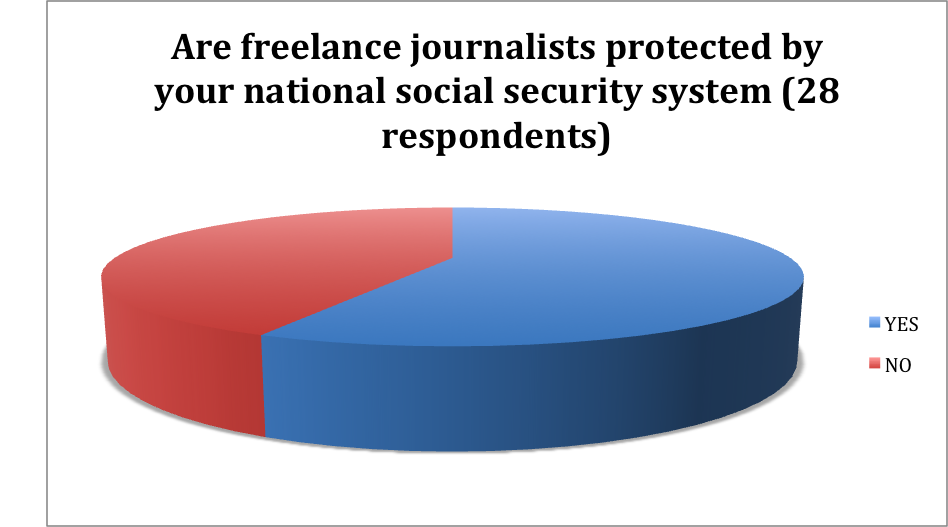 In order to get more precision and to make the survey more representative, a new version of this online questionnaire is still open for respondents. Click here to answer.