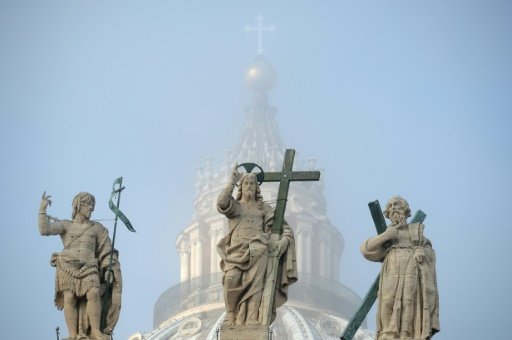 The prosecuted journalists were acquitted in Vatileaks trial. Vatican Court declared it has no jurisdiction to try journalists in leaks scandal.

Italian journalists Emiliano Fittipaldi and Gianluigi Nuzzi are facing up to eight years in jail in Vatican if convicted for publishing books revealing alleged corruption and mismanagement of tens of millions of Vatican funds based on leaked documents.

The two journalists called the process “Kafka-esque”. Neither they nor their lawyers had seen the court file detailing the accusations against them hours prior to the trial. Gianluigi Nuzzi spoke for the first time with his Vatican court-appointed lawyer Monday morning. They were charged Friday.

The Holy See’s decision to prosecute journalists for books is seen as having a chilling effect on other journalists and could create tensions between the Vatican and Italy.

“Journalists must be free to report on issues of public interests and to protect their confidential sources” the OSCE’s representative on the freedom of the media, Dunja Mijatovic, said. “I call on the authorities not to proceed with the charges and protect journalists’ rights in accordance with OSCE commitments,” she said.

The Committee to Protect Journalists (CPJ) is calling on Vatican to drop charges against the two journalists.

The European Federation of Journalists (EFJ) said : “Journalists must be free to investigate and report about the use of public money. The protection of their sources is also part of the ethical code of journalists. Instead of shooting at the messenger, the authorities of the Holy See should investigate further about the allegations of mismanagement. Vatican should drop the charges against journalists and defend journalism as a public good”. The EFJ has decided to issue an alert to the Mapping Media Freedom platform about this violation :