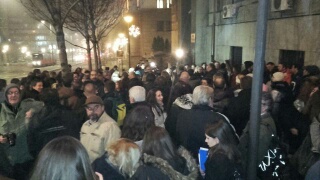 
Serbian Prime Minister Aleksandar Vucic announced to replace the Minister of Defense, Bratislav Gasic, following an offensive remark he made on a female journalists  from  B92 Television during a conference on 6 December.

Gasic sparked outrage after a journalist from B92 Television knelt down in front of him to avoid being in the way of cameras as he spoke to a group of reporters during a visit to a factory on Sunday. He commented: “I like these female journalists who kneel down so easily.”

The EFJ affiates (UNS, NUNS and SINOS) in Serbia immediately reacted to Gasic’s remark and called for him to be sacked. Reaction was posted on all social media. The EFJ backed the call of its affiliates demanding Gasic to be sacked for his sexist remark towards female journalists.