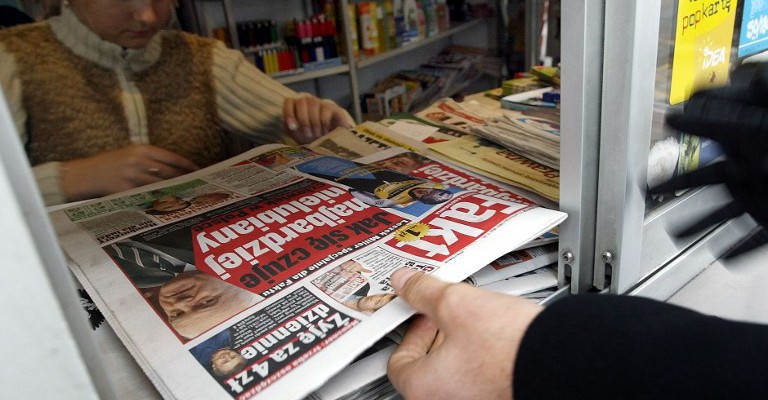 
The European Federation of Journalists (EFJ) has today expressed growing concerns over recent announcements by the newly elected government to introduce a new law on public media in the coming months with the aim to exert more control on public service broadcasting media and to “repolonise” print media.

Following the newly elected conservative government (“Right and Justice” (PiS) in Poland in October, Prime Minister Beata Szydlo has given Culture Minister, Mr Piotr Glinski, the responsibility on media policy. In a recent interview given by Mr Glinski, who is also the Deputy Prime Minister, he announced that a new media law shall be adopted in the next two months in order to “transform” the public media. Glinski explained that public service television (TVP), public service radio (PR)  including 17 regional radio programmes and the national press agency (PAP) shall be transformed into “national cultural institutions”, in fact under the control of the Culture Minister. Media sources say that the public service broadcasting companies shall be run by a one-man management board elected by a five-member body, which in turn is chosen by the Sejm (the lower house of the Polish Parliament) and the Senate – or effectively by the PiS.

Mogens Blicher Bjerregård, the EFJ President warned, “The government must maintain an arm’s length principle to ensure the editorial freedom of the media. Editorial independence is essential for both public and private media in any democratic society. The government should be careful not to deviate from this essential principle in its media reform.”

The announcement has caused concern among journalists and media organisations. The Journalists’ Association of the Republic of Poland (SDRP), one of the local EFJ affiliates, worried that the new plan will lead to the dismissal of many journalists especially those who are critical of the government. On 23 November, Karolina Lewicka, a TV presenter working for the public broadcaster (TVP) was suspended following her critical comments on the Culture Minister.

Andrzej Bilik, the international affairs manager of SDRP said the plan will worsen the already declining public service media.  “Instead of fixing the public service media, the government is destroying it now.  And even worse is the ‘witch hunt’ in the Polish television, which already started. The names of the critical journalists are already mentioned who should disappear from the screen. The atmosphere is becoming increasingly hard for our journalists’ colleagues,” said Bilik.

The other EFJ affiliate in Poland, the Polish Journalists Association (SDP) does not fear the reform of public television and radio in Poland.

Krzysztof Skowronski, the SDP President said that on numerous occasions the Polish Journalists Association protested against unfavorable developments taking place in the public broadcasting services in recent years.” The EFJ also joined the protests of the Polish Journalists Association against outsourcing journalists by TVP SA. However in our opinion, the new policy does not endanger freedom of speech and pluralism in the media. The nervous reaction of some Polish journalists to the new policy is rather an expression of their dissatisfaction with the change of power and an attempt to maintain the status quo. It is preventive in nature since no new developments in the media have occurred so far. For now, it is the public television service that, for fear of change, violates all standards of journalism, the Code of Media Ethics and a common decency”, said Skowronski.