It was a terrible year for journalists in Europe 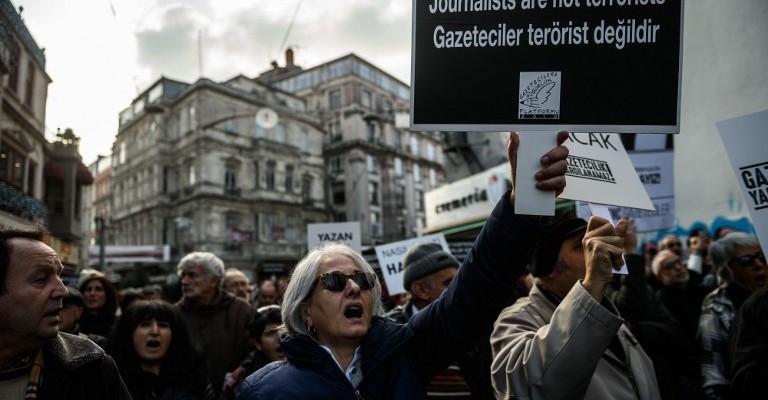 
The General secretary of the European Federation of Journalists, Ricardo Gutiérrez, has been quoted today in Politico as stating: “It’s been an awful year. I must say, five years ago I was not suspecting such a bad evolution.”

The title of the article is very clear: “2015, an awful year for Europe’s free media – A year of arrests, assaults, legal restrictions and murder”.

“It was a terrible year for journalists in Europe,” writes Alex Spence, the author of the article. “Attacks by Islamic militants, unjustified arrests, assaults, harassment, threats and tougher legal restrictions made it harder for editors, reporters and photographers to hold the powerful to account across the region this year, according to media organizations and NGOs.”

Politico notes some positive developments in 2015, including projects involving the EFJ:

“However, representatives of several journalism and free-speech groups said they have been disappointed by the EU’s commitment to media freedom,” writes Alex Spence. “Several commissioners have made strong public statements about the importance of a free press to European democracy, Gutiérrez said, but there has been little concrete action to back up the declarations. “We hope to have more actions from the Commission on press freedom,” he said. “We need funding, ideas, commitment.””